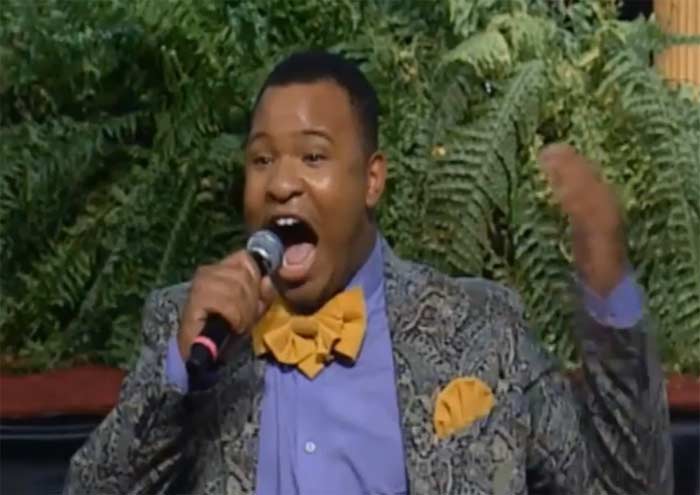 “I’m not gay no more. I am delivered, I don’t like mens no more. I like women, women, women…,” one young man said on video that has taken the St. Louis, Missouri COGIC Convention, which was formally held annually in Memphis, viral after walking up to the alter.

At the 2014 COGIC Holy Convocation held in St Louis, Missouri, a man walks up to the alter and says he wants to be “delivered more.”

The preacher then asks the man, “Do you believe that the Lord has set you free?”

The young man then answers ‘yes’ as the preacher hands him the microphone telling him to tell the people.

The video has since gone viral online with mixed reactions stirring up controversy over the Internet.

Watch the video of the gay man proclaiming to be delivered from homosexuality at the COGIC Convention held in St. Louis.