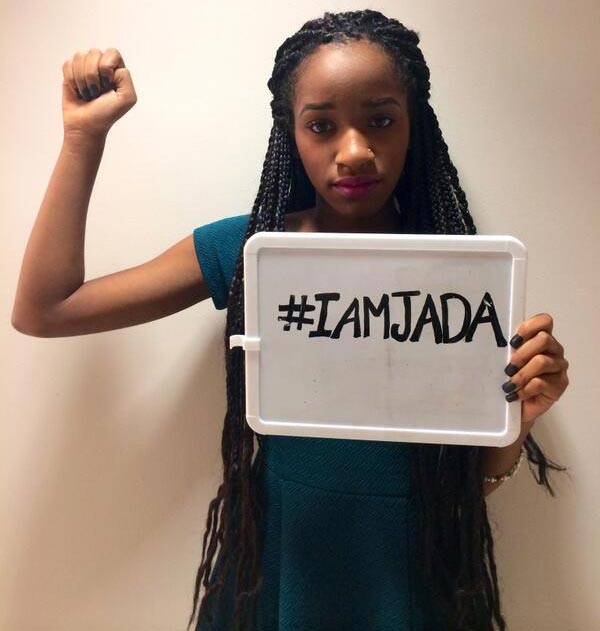 A 16 year-old teenager named Jada who believes she was the victim of rape after waking up from a party passed out and realizing that her underwear was on backwards is speaking out.

Following the party incident, pictures and videos of Jada lying unconscious on the floor at the party began going viral on social media sites such as Twitter.

To make matters worse, the hashtag #JadaPose became viral showing people posing like how Jada was looking like while passed out on the floor at the party.

Now feeling ridiculed at first by the thousands and possibly millions viewing her possible assault, Jada is now fighting back.

The defiant 16 year-old is coming out publicly following her alleged assault and speaking about it in an interview with MSNBC’s Ronan Farrow while posing in a new pose with the hashtag #IAmJada, set on reclaiming her image.

The #IAmJada hashtag is now inspiring other users on the social media sites to do the same while posing in their own poses with the caption #IAmJada.