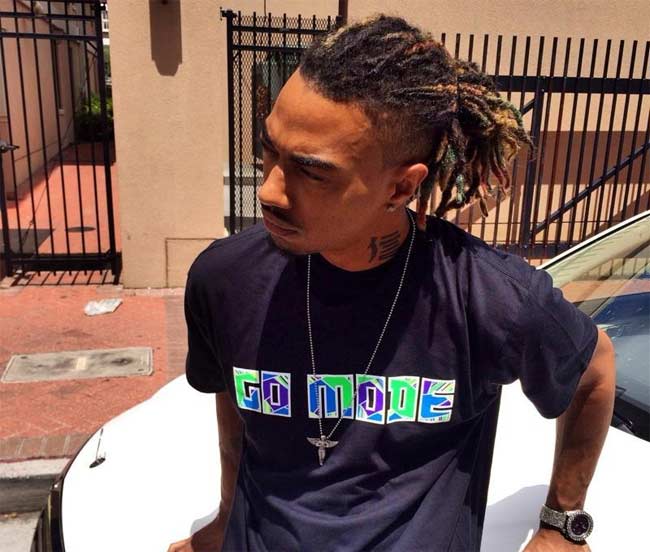 Memphis rapper Snootie Wild recently sat down in an interview and talked about the Memphis music scene, his “Yayo” song, which led to his deal with Yo Gotti’s Collective Music Group aka CMG, and talked about his uncle who he revealed as rock legend, musician Arthur Lee.

In his interview, which was with Complex Magazine, Snootie Wild says that he started rapping seriously around the same time that he was incarcerated for aggravated robbery back in 2007.

At the age of 21, after serving his time in jail, Snootie reveals how he started to take music seriously.

The rapper reveals he looked up to rappers like Project Pat, 2Pac, Jeezy and of course, Yo Gotti.

Speaking on his first song, Snootie Wild says “Oh Yeah” was the first song that he really pushed from block-to-block in the streets of Memphis after getting out of jail in October 2010.

The rapper reveals though he got a buzz going playing at venues like Club Zodiac in East Memphis, he doesn’t believe that’s how artists can make things pop off.

When answering the question about what the scene is like in Memphis, Snootie Wild answers vaguely “Memphis is like a ghost town” and that A&Rs are quote “not going to get caught up” in the city.

Some would probably beg to differ with Snootie Wild, as talent has been scouted throughout the city in many showcases and open mics, such as with Lil P-Nut, who got notice at the Memphis Hip Hop Weekend & Expo or even Memphis rapper La Chat, who hosts many open mics within the city; possibly even the great local organizations that hold artist showcases like the Memphis and Shelby County Music Commission and the Memphis Music Foundation, which was recently merged into the Memphis Music Consortium’s Memphis Music Town (MMT) by music legend David Porter.

Still, Snootie Wild, added that many artists probably stepped outside the Memphis area to get to the next level, which is a common move for artists in just about every city – to step outside their city to increase the reach and perform on tours.

Snootie went on to talk about how he connected with rapper Yo Gotti, which the rapper revealed had a lot to do with popular Memphis DJ and radio personality DJ Lil Larry and also from his noise he was making on the Memphis music scene.

Later in the interview, Snootie was questioned about having family in music. That’s when the rapper revealed his uncle is none other than rocker legend and musician Authur Lee, who he viewed more as a cousin than an uncle.

When asked did he ever work with the late famous frontman of the rock band Love, Snootie simply said he didn’t get a chance to work with his uncle or to listen to his music back then because he was from the projects. Snootie added that it wasn’t that kind of music he was listening to at the time.

After learning more about his famous uncle later on, Snootie Wild listened to him more and realized that he and his uncle were much alike – both changing their styles up and never staying basic.

Check out the full interview at Complex Mag.