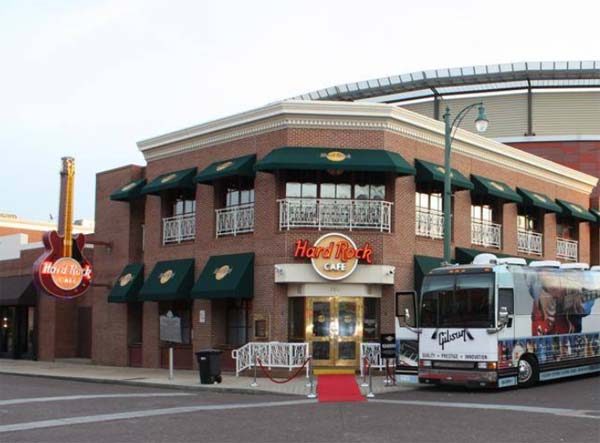 Hard Rock Cafe Memphis is relocating from its longtime location at 315 Beale Street in Downtown Memphis.

Hard Rock Cafe is planning to move from its 11,000 square foot place not far up the infamous street of Beale to the historic Lansky Bros building at 126 Beale Street, which was formerly home to the Elvis Presley’s Memphis restaurant.

The Lansky building, which is 24,500 sq ft, was confirmed as the Hard Rock’s soon-to- be new home by John Elkington of Performa Entertainment Real Estate Inc, the recent operators of the Beale Street entertainment district.

According to Memphis Business Journal, Elkington says he’s working with the current operators, Downtown Memphis Commission, who took over at the start of 2014, to find a new home for Hard Rock’s present location after they vacate.