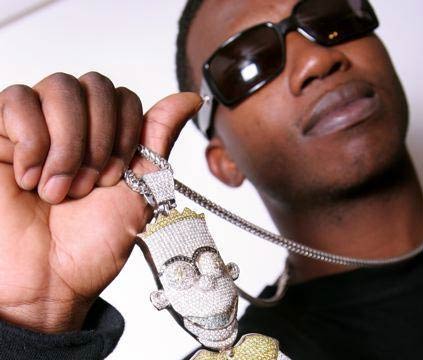 According to Fox News in Atlanta, rapper Gucci Mane born Radric Davis has been ordered to serve one year in prison for violating probation. The rapper’s probation consisted of serving 600 hours of community service for a 2005 charge of assault.

Gucci Mane violated his probation after being cited for DUI a few weeks ago and the rapper has also not full-filled the community service in which he had only served 25 hours in the past three years. To add more to his case, the rapper allegedly showed up at a probation meeting high on ecstasy and marijuana and tested positive for alcohol. The judge revoked his one year of probation, ordered him back to jail for one year and he still has to complete 2.5 years of probation and 600 hours of community service after he serves his jail sentence.

Gucci was prepping for his new album before being sentenced and has a couple of new DJ Drama Gangsta Grillz mixtapes out including "Gangsta Grillz: The Movie" and "Definition Of A G" with Yo Gotti.