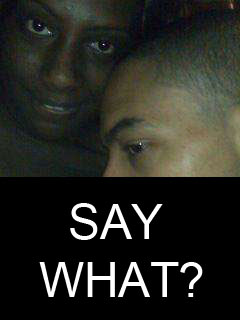 Gangsta Boo joins the list of celebrity naked photos scandals this week! Gangsta Boo,  in a revealing naked photo on the Internet, can be seen clearly treating a fan to a little more than an autograph signing, she gives this fan a breast!

In the photo found in Boo’s own MySpace gallery, the Memphis rapper and Drum Squad affiliate can be seen in the picture simulating breastfeeding a man posted under her gallery titled ‘LMAO’ with the photo headline “He Loves To Lick Things.”

Although all of the above mentioned can clearly be seen in the picture, a graphic image of a heart has been placed over top of the picture clearly to cover up Gangsta Boo’s nipple and the man licking her so that she can give fans a glimpse into her provocative moment without being too exposed or without violating Myspace’s policy which prohibits nudity from being placed on the site.

In related news, Gangsta Boo is not the first celebrity this week to make the headlines for provocative photos hitting the internet. Boo joins a list of other celebrity names that have been exposed in topless to naked photos on the internet this week such as Rihanna’s recently leaked naked pictures and singer Cassie, who’s naked pictures leaked just a couple days before Rihanna’s.

In other news, Gangsta Boo, who’s recently featured on Drum Squad’s mixtape “Welcome II My City,” is currently prepping for her own next solo album project entitled “Gangsta Forever” which is expected to drop sometime in 2009. 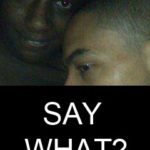