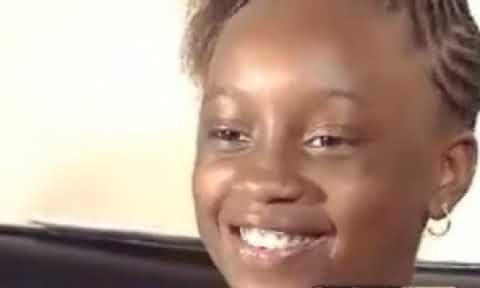 In what was called ‘Memphis’ Worst Multiple Murder In 15 Years’ Lester Street Massacre involved the brutal killings of six people, including two young children, who were all found dead in a home on Lester Street in Binghampton of South Memphis, Tennessee.

Cecil Dewayne Dotson’s brother and his children’s uncle, Jessie Dotson, was arrested for the murders and is charged with six counts of first degree murder.

But there was also an attempted murder, whereas three other children at the home of 722 Lester St. survived the vicious attack and murders.

In a first interview, Cierra Dotson, one of Cecil Dotson’s children who also survived the Lester Street Massacre, spoke with news anchor Dee Griffin of Eyewitness News Everywhere and she has a very touching story because to this little girl, Cierra Dotson, the house of the brutal murders allegedly committed by here uncle at 722 Lester St was a place she simply called “home”.

“We used to have a lot of fun. We ride our bikes, we go walk to the park,” said 13 year-old Cierra Dotson to My Eyewitness News anchor Dee Griffin.

“We were trying to call him (Cecil), cause we were supposed to do something for my birthday and we couldn’t get in touch with him,” said little Cierra.

Cierra saw her father only two days earlier, Friday, February 29, as she suffered from a panic attack and was taken to the hospital. This is when her father picked her up and took her to her mother’s home for the weekend. This weekend visit is what saved little Cierra’s life.

Though traumatizing as it (the Lester Street Massacre) is, little Cierra still remembers everything about the time she had with her father. “We used to go out to eat, we used to play, talk about father and daughter day and he used to take me somewhere and we go outside and shoot the BB gun,” said Cierra.

Little Cierra goes on to say that Marissa Williams was like a second mother to her, and her uncle Jessie Dotson spent time with her and the other children and quote use to “skate with us.”

“I didn’t believe it