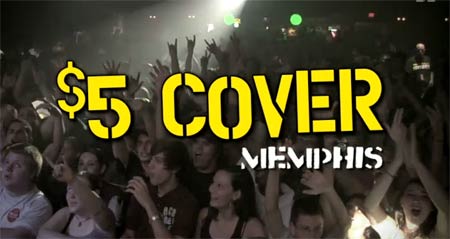 2009 is looking like a real good year for Memphis Music! At the beginning of the year, Memphis and Shelby County Music Commission (MSCMC) brought on former Senior VP of Promotions at Def Jam Music Group and President and CEO of the non-profit organization NABFEME, Johnnie Walker; both DJ Paul and Juicy J of Three 6 Mafia announced new solo projects dropping this year; Memphis took home multiple awards at the 2009 Southern Entertainment Awards; and now the highly anticipated series $5 Cover from director Craig Brewer is set to launch May 1st, the first day of the Memphis in May festival.

As recently reported, Hustle & Flow creator Craig Brewer directed and created the new project that will follow a cast of young musicians including Memphis rappers Al Kapone and Muck Sticky, singer/songwriter Valerie June and other cast members as they fight for love, inspiration, and money to pay the rent.

More details will be available soon.

Meanwhile, get your first look at the series in this video teaser of Hustle & Flow creator Craig Brewer’s “Five Dollar Cover”: