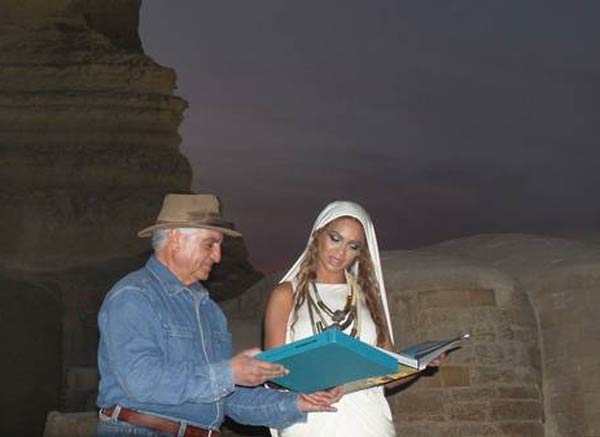 Beyonce may have her way with quite a few, but not with the man that has been considered the gatekeeper of the Pyramids in Egypt, Zahi Hawass, often called the Indiana Jones of Egypt.

Zahi Hawass, 66, recounted being held up by a tardy Beyonce and her impolite photographer who allegedly wanted to call the shots and tell his very own photographer what shots could and couldn’t be taken.

Hawass initially wanted an apology from Beyonce but decided he had no time for it after asking Beyonce to apologize for being late for their 3PM appointment by saying, “I’m sorry I’m late.”

According to Hawass, the photographer told him he was the one who says yes or no to the shots taken. So what did Hawass do? Hawass says he told the photographer with Beyonce that in that case, since they almost hit his photographer and they weren’t polite, to get out.

“I am not giving you the privilege of having you on my tour.’ I said Beyoncé was stupid and I left.”

According to The Independent UK, Beyonce kept mum and didn’t apologize to the world renowned archaeologist and Egypt’s former head of antiquities at the ancient site which led to Beyonce being, in a sense, banned from the Egyptian Pyramids.

Meanwhile, Dr Zahi Hawass, who has formed his own enemies over the years, has been working on a grande return and has been traveling on behalf of the Ministry of Tourism. Hawass has been informing tourist that Egypt is safe and during his travels has collected over 20,000 signatures after losing his job in 2011 during the uprising.