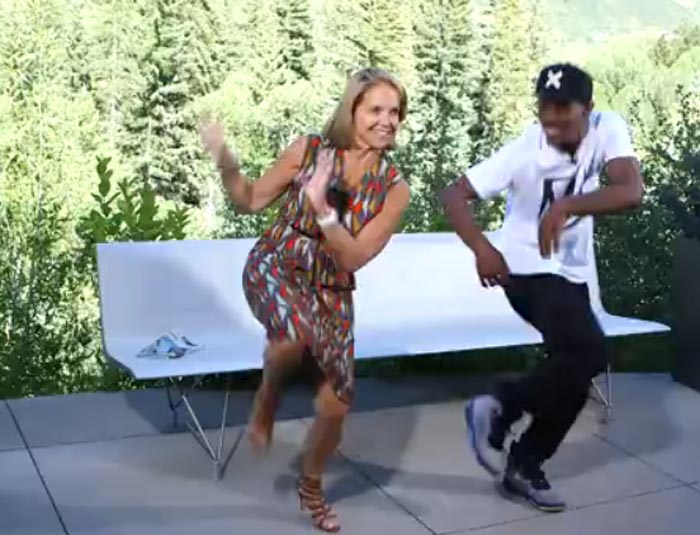 Yes, Katie Couric is seen Memphis Jookin in a new interview where she referred to Lil Buck as the self-titled “ambassador of Jookin” and Madonna’s favorite dancer.

As mentioned, the interview starts off with Buck giving Ms. Katie Couric some dancing lessons on Jookin, then goes into Lil Buck talking about his beginnings getting into dance.

Expressing his love for dance, Buck says he first learned of Jookin when his older sister was dancing in the living room of his home in Memphis when he was 11 years-old.

That’s what sparked the now 26 year-old to begin crafting his dance moves, which he is now so known for mesmerizing crowds with, before moving to Los Angeles at 19 years-old to further pursue his dance career.

Since then, Lil Buck has performed with the acclaimed cellist Yo-Yo Ma in China, on Comedy Central’s The Colbert Report with Stephen Colbert and now on Yahoo News with Katie Couric who caught up with Lil Buck at the Aspen Ideas Festival in Colorado.