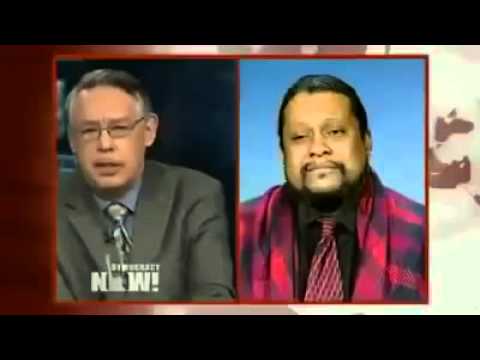 A black chemist is claiming that he discovered that chemicals being used in food today are turning men into homosexuals.

When scientist Tyrone Hayes took on a new job for EcoRisk to study atrazine, a chemical produced by a billion dollar company and used on half of the nation’s corn and 90% of sugarcane, he didn’t think he would end up finding a disturbing discovery.

Hayes examined frogs exposed to the herbicide atrazine and what he found was startling, to say the least.

Hayes witnessed frogs who turned out hermaphrodites with both testes and ovaries.

Some frogs had testes which produced eggs instead of sperm.

After discovering these deformities and more of course, Hayes revealed his shocking data that the herbicide was messing with sex hormones to the company.

The research could very well make the difference between hormone levels in a straight male and gay male exposed to the chemicals and food.

The reaction from the big billion dollar producers of atrazine such as Syngenta was even more shocking.