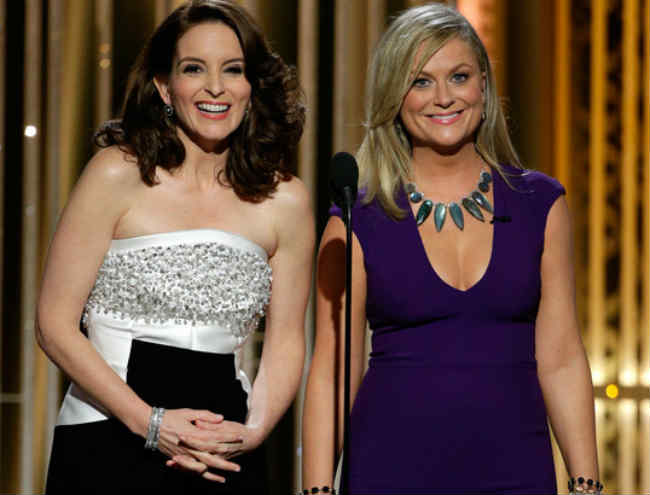 During a monologue at the 2015 Golden Globe Awards, actresses and comedians Tina Fey and Amy Poehler had a series of Bill Cosby jokes at the Sunday night awards show.

In one of the jokes, Poehler poked fun using fairy tale characters like Cinderella who she says ‘ran away from her Prince’, Rapunzel, who she says ‘was thrown from a tower’ while adding Sleeping Beauty ‘just thought she was getting coffee with Bill Cosby.’

Meanwhile, Tina Fey, known for her striking resemblance to Sarah Palin and jokes during the time of Palin’s bid against Obama, added in her Cosby comments along with Amy Poehler’s.

Poehler added her Cosby impression as well telling Tina Fey ‘hey that’s not right – it’s more like I got the pills in the bathrobe and put them in the people.’ There were shocking reactions from the crowd stunned by their edgy jokes while they seemed to have ‘pulled it off’ without failure.

It has been months now of claims from more than a dozen women who allege that the ‘American Dad’ Bill Cosby either sexually abused or drugged their drinks in past encounters that the women claim they had with Bill Cosby.