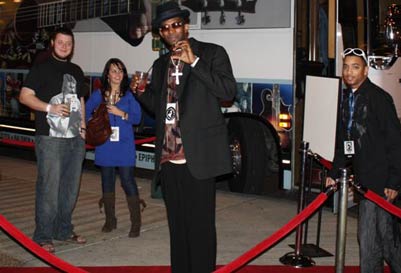 Teflon Don has returned with two new singles: “It’s About To Go Down” featuring Smoke and Kool B and a love jam entitled “You Don’t Have To Go Home.” The 2008 MemphisRap.com Showcase winner is also celebrating the release of his new album “God, The Government, The Game” on Soul Star Entertainment by hosting an album release party in Memphis, Tn on Friday night, May 1st, at the Hard Rock Cafe on infamous Beale Street. On the first day of the Memphis in May festival, the rapper will host the party featuring American Idol’s Nikko Smith, along with hosts Taco and Da Mofos who will also be airing their new music video “Tequila Salt,” which features Hypnotize Minds/Wyte Music artist Lil Wyte. Taco and Da Mofos song “Tequila Salt” comes off the group’s upcoming album “Bump Star Revolution” slated for release on June 2nd.

Teflon Don’s album “God, The Government, The Game” includes first single “Shorty So Fine,” featuring Merse and the rapper tells MemphisRap.com in a statement that he is anticipating a great response from listeners.

“On my album I talk about my relationship with the Lord, my stint in the military and life on these streets,” stated the North Memphis, TN native. “I also have a few songs for the lovers out there. There’s a little something for everybody. I worked hard on this project, and I see nothing but success coming my way.”

The rapper, who was recently spotted on the red carpet in Downtown Memphis and who’s known for his win at the 2008 MemphisRap.com Showcase & Industry Networking Event and for opening for acts such as B.G., Lil Jon, Magnificent and others, also has something else to celebrate: a new media and ringtone deal with VIO Mobile.

“Although I am an independent artist, I am dedicated to running my label like the majors. I look forward to the global opportunities my partnership with VIO Mobile will afford me and my label,” the rapper released to MemphisRap.com in a statement. “Very soon people will be able to access Soul Star Entertainment from anywhere in the world,” adds Teflon Don.

The rapper’s partnership deal with VIO Mobile will allow the rapper to share via ring tones, call tones, mp3’s videos, and wallpapers with fans who can download the media to their cell phone for a small fee. 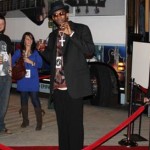 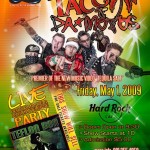 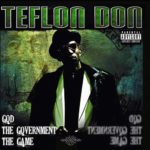