By now, most people have heard the unfortunate and very shocking news that pop, R&B singer and iconic entertainer Michael Jackson is dead. Jackson died Thursday morning at the UCLA Medical Center following being rushed to the hospital after becoming stricken by sudden cardiac arrest at his home in Los Angeles.

Michael Jackson collapsed at his west Los Angeles home Thursday morning and a phone call was made by his staff to 911 at around 12:21 p.m. Michael Jackson, was, at that time, stricken by cardiac arrest, and was found not breathing when the L.A. Fire Department paramedics arrived. Michael Jackson was immediately rushed to UCLA with no pulse where he later died at the hospital after paramedics and doctors made multiple attempts to resuscitate Jackson who was also, by then, stricken by a coma before his sudden death.

Michael Jackson had gone down in history, even before his death, as the world’s biggest selling artist of all time which his 1982 album “Thriller” alone sold over 100 million copies, making it still the world’s biggest selling album of all time. Thriller was filled with chart topping, world record breaking hit singles and songs such as “Beat It,” “Billie Jean,” “Thriller,” and more. “Smooth Criminal,” “Dirty Diana,” “Man in the Mirror,” and “The Way You Make Me Feel,”  from Michael Jackson’s 1987 album “Bad,” are too, some of Michael Jackson’s most memorable songs.

Born to Joseph Walter “Joe” Jackson and Katherine Esther Jackson, Michael Joseph Jackson was the seventh child born in a family of musicians which Michael Jackson was just 6 years old when he became a member of the Jackson 5 with brothers Jackie, Tito, Jermaine, and Marlon.

Jackson later launched a solo career in 1971, soon became known as the “King of Pop,” beginning with his March 25, 1983 live performance of “Billie Jean” on the Motown 25: Yesterday, Today, Forever television special where Jackson debuted his signature dance move — the moonwalk — which drew comparisons to Memphis’ own Elvis Presley; took a rest from the scene in 2005 after enduring multiple court trials and tribulations dating back to 2003 on child sexual abuse allegations, which Jackson was cleared of charges; and just this year, 2009, Michael Jackson was preparing a comeback to the scene with a new album and world tour, one that the world believed would be his last and most grand finale again of any musical artist ever. 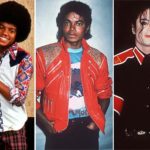 R.I.P. Michael Jackson, gone, but most definitely never forgotten, and always remembered as the ‘King of Pop’ and one of the greatest artists and performers of all time!