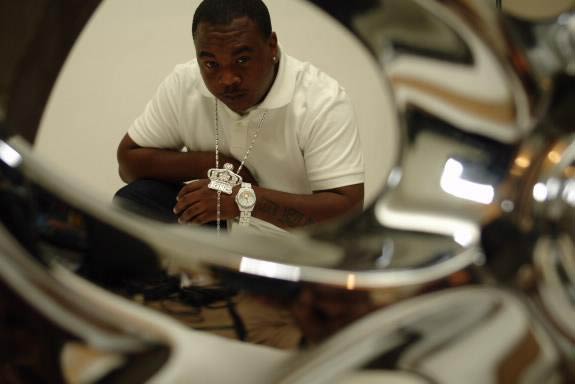 Up and coming Memphis rap artist and newcomer Macharo is jumping onto the scene, locally and nationally, in full force. The rapper and lyricist, who recently dropped his first single entitled “Money 2 Burn,” is currently working on his debut album entitled MY World My Life Me which, he told MemphisRap.com, will be dropping in early 2010 with production by Memphis producers such as Web from The Machine, Cocoa, Hollywood JP (Hustle & Flow) and more.

In his interview with MemphisRap.com, Macharo talks about his upcoming show at the 2009 Juneteenth Festival in Memphis, TN at Douglas Park on June 20th, his musical family background, his new album, shares his thoughts on the rap scene locally and nationally, reveals upcoming projects and more. 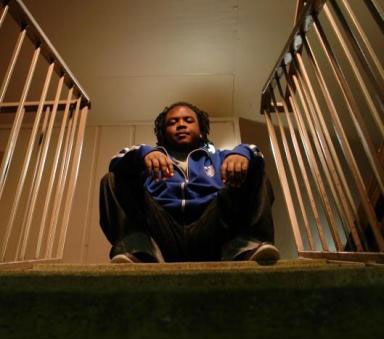 Macharo: Macharo is a lyricist and a hustler. I make music that talks about real situations. Everything you hear in my music is the truth. I have spent time in other places but born in Memphis and for sure rep Memphis everywhere I go. Not your average rapper. One of the hottest rappers from Memphis!

MemphisRap.com: How long have you been on the Memphis rap scene?

Macharo: I started writing and performing at 8 yrs. old and have always been involved in the industry some type of way. I did some managing and coaching for a while and started concentrating on my career as an artist again about 2 yrs ago. I been networking throughout the country for a couple of years but for the last year or so I’ve really been hitting Memphis hard. Nothing like having the support of the people from your own backyard! I’ve performed and been involved with numerous events around Memphis lately.

MemphisRap.com: How did you end up getting into the Industry?

Macharo: I come from a musical family so I’ve been around and involved with music for as long as I can remember. I originally had a partner and a lot of the recognition I received was from Mississippi and spread out from there. I really started getting a lot of attention after my partner and I did a show as apart of the home coming festivities at LOC a few years back.

MemphisRap.com: What’s the name of the album the new single “Money 2 Burn” comes off of?

Macharo: MY World My Life Me 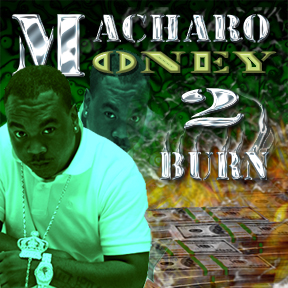 MemphisRap.com: Does it have a release date?

MemphisRap.com: What are your feelings about the Memphis rap scene right now?

Macharo: Wow! Well I encourage all serious artists to look beyond Memphis and hustle and network other places and bring it back to Memphis. It’s not so much the Memphis rap scene but the people behind it that has everything twisted. It could be better than what it is right now, but I’m a hustler so it won’t stop me!

MemphisRap.com: What about the entire rap scene?

Macharo: I think it’s constantly growing and there’s always room for hot music and great artists. We just have to keep at it.

MemphisRap.com: So you’re performing at this year’s 2009 Juneteenth Festival at Douglas Park on June 20th?

Macharo: Yep, definitely excited about that. It’s a big event for me. I’ll be performing my newest single “Money 2 Burn” and  “Supermodel Remix” and ” Almost Famous” and a few other tracks from the upcoming album. Models and everything will be out there with me. Encouraging any and everybody to come out and be apart of the show. It’s free! At 2:15pm, “Money 2 Burn.”

MemphisRap.com: What can we expect from Macharo in 2009 and beyond?

Macharo: Expect everything and expect me to be everywhere. I’m going to New Orleans July 3-4. I got shows coming up in Atlanta, Hollywood, Vegas, and Chicago on Aug 2 at Six Flags. I got TV shows and other appearances coming soon. Everyone can keep up with me on MemphisRap.com, Soundtrack.MTV.com/profile/macharo, Myspace.com/macharo23, Sonicbids.com/macharo, SouthernCoalitionMovement.com/macharo and for booking call 424-288-5647 ext 123. I have my own shoe line in the works already, so be on the look out for that! Music coming on iTunes, eMusic and Rhapsody coming soon.

MemphisRap.com: We’ll be on the lookout, any last words?