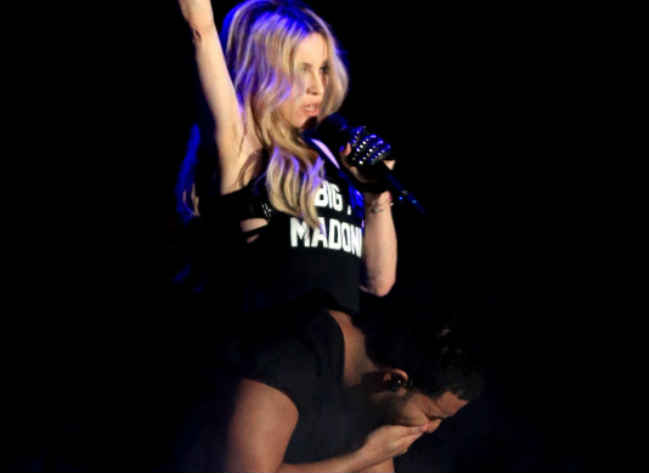 Rapper Drake, while performing live at Coachella 2015 was joined on the stage by Pop star Madonna, 56, who surprised the rapper with a big ole sloppy wet kiss.

Really, the singer literally ‘made out’ with the rapper and it looked like, during the make-out session, she was in control.

Drake was sitting in a seat when Madonna strutted out on stage and, as the rapper held his head back, Madonna planted a juicy kiss on the hip hop star.

As she began pushing his arms back as if to say ‘take it like a man,’ the singer then struts away saying simply to the crowd ‘B!tch I’m Madonna!’

Drake’s reaction was to first wipe his mouth and then say “wtf was that?!”

See Drake’s reaction in the video from being kiss by the Queen of Pop.