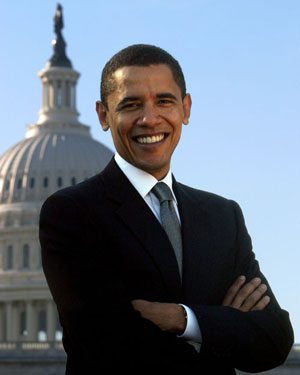 Though Obama and Senator McCain were running a tight race in Indiana as results were being tallied in the battleground states, polls closed on the West coast; Obama built up a commanding lead over McCain, and eventually surpassed the 270 electoral votes threshold placing him on the prestigious list as the nation’s 44th president.

Thousands of cheers roared across the nation as people all around were looking forward to the election results.

Before Obama was even over the 270-vote threshold, the democratic candidate was already projected by CNN and MSNBC as the winner of key battleground states Pennslyvania, Virginia, and Ohio.

As votes continued to come in, the political experts will now only ponder and continue to discuss where the GOP Republican campaign went wrong.

Meanwhile, the supporters of Barack Obama worldwide, have one thing on their mind, and it’s not what went worng, yet it’s what went right.

McCain, moments after the announcement of Obama’s win, congratulated the Senator he now referred to as “his president” to a crowd of his supporters who first boo’d but later cheered, as McCain expressed his sympathies for Obama’s loss of his grandmother just days before the election.

“I am so deeply grateful.. I wish the outcome would have been different.. I am indebted to you.. I have always been a fortunate man,” stated McCain. “Thank you so much, a loss election but… I won’t spend a moment of the future regretting what might have been. Obama and Biden should have the honor of leading us for the next four years,” McCain stated as a response of crowd boos began. McCain quieted them, as he stated “Please, I remain your servant,” which the crowd then began to cheer “U.S.A.! U.S.A.! U.S.A.!” as McCain ended with, “Obama will be my President… Thank you and God Bless.”