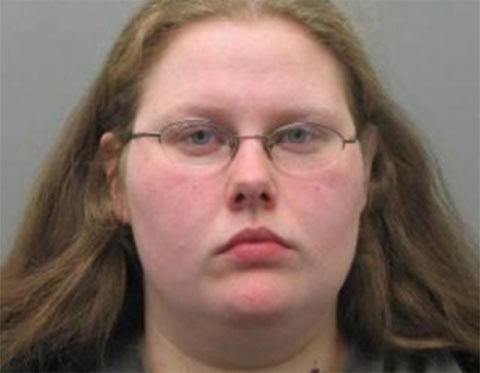 A Missouri woman of a 5 month-old will spend two consecutive life terms in jail after putting her infant daughter up for sex online.

Tessa Vanvlerah, 22, was sentenced by a judge for sexually assaulting her daughter along with Kenneth Kyle, a California State University East Bay professor whom she met online. According to reports, Kenneth Kyle’s trail of child pornography led them to Tessa Vanvlerah whom he had visited in the St. Louis area on four occasions over a period of around five months following their meet-up online.

The two are accused of having sex with her infant child in various hotels during his visits.

In addition to this, there was a man from Avon, Mo, whom Vanvlerah exchanged emails and child pornography with to perform sexual acts with her child, but it luckily never happened.

Meanwhile, Tessa Vanvlerah’s daughter who is now 3 years-old, is stated to still be dealing with the traumatic events that took place.

The toddler, who was having difficulties with anyone giving her baths and screaming when anyone changed her diaper, still has night terrors and, according to sources, has told her new family, each time she goes to bed, not to let anyone else into the home.