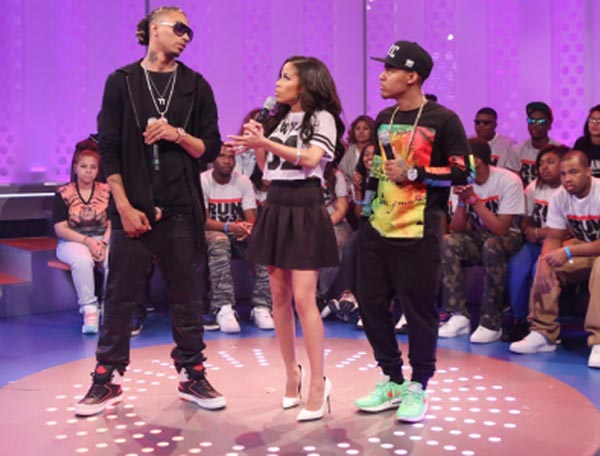 Rappers Yo Gotti and Snootie Wild recently made an appearance on BET’s 106 & Park and did a music performance of their latest singles on the music show.

First up was Snootie Wild, who recently signed to the CMG family, as he took to the stage and performed his new remix of his hip hop music single “Yayo” featuring Yo Gotti.

Following his live performance, Snootie Wild came out for an interview with host Bow Wow and Keshia Chante and talked about how he hooked up with Yo Gotti, how he got his name Snootie Wild and more.

Then rapper Yo Gotti returned to the stage to perform his single “I Know” produced by Rich Homie Quan live on stage.

Following his live stage performance, Gotti also spoke with the 106 & Park hosts and talked about his new music, new restaurant Prive in Memphis, TN and more.

Check out the music performances and interviews with rappers Yo Gotti and Snootie Wild on BET 106 & Park.