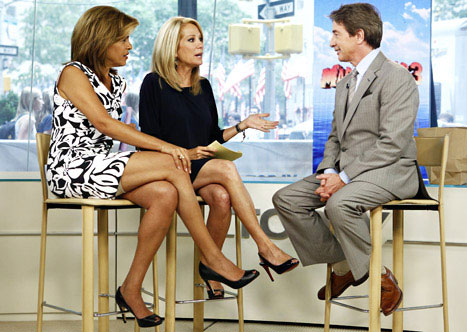 In an epic fail, Today show host Kathie Lee Gifford asked actor Martin Short, during a live interview, how many years has it been now for his marriage to his wife, unaware that Martin Short’s wife Nancy Jane Dolman had died of ovarian cancer in 2010.

Martin Short was on the Today show in promotion of Madagascar 3: Europe’s Most Wanted, where Martin is the voice of character Stefano, the Italian sea lion who will be part of the traveling circus in the movie.

Gifford didn’t ask Short once but followed up with him again and again with more questions after the actor gracefully answered her first question on how many years he and his wife have been together, which Martin gracefully answered with “We [had been] married for 36 years.”

Gifford then asked Short was he still in love saying “..you’re still, like, in love?”

Short again gracefully handled the questioning saying he was “madly, madly” still in love, only to be questioned again by Gifford with “why?”

After the show, Gifford made a formal apology and later on Twitter followed with a another personal apology, as well as expressed her gratitude for Short handling her awkward questioning so graciously. 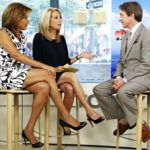