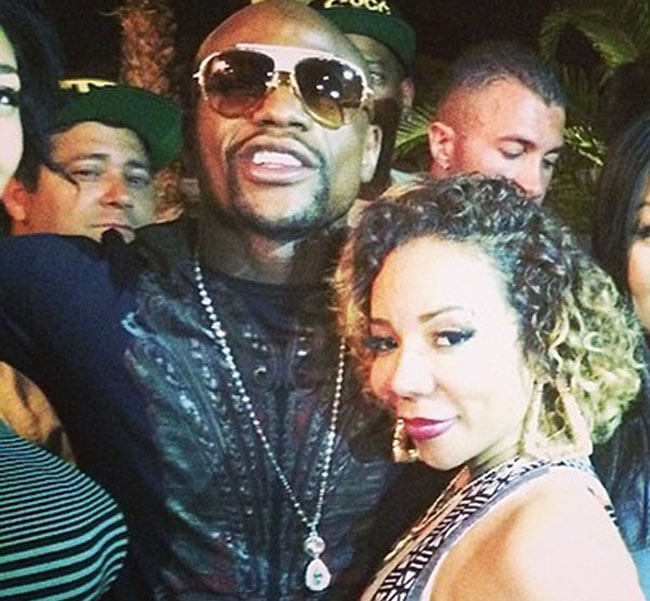 This video has surfaced at a time when rapper T.I. and Tiny were seemingly just bringing a few marital woes to an end.

The hip hop couple had just recently packed up and headed on a romantic getaway and vacation to Belize to celebrate Tiny’s 39th birthday following divorce rumors.

Now, just when they thought their previous drama was over with Floyd Mayweather after T.I. had a previous run-in with the boxing champion, the theatrics of Floyd Mayweather has returned. T.I.’s initial confrontation was believed to have been over the rapper questioning Mayweather about his wife Tameka ‘Tiny’ Cottle-Harris.

Released over the weekend, Mayweather can be seen in the video during a live press conference in Las Vegas being asked by someone yelling out, “What about T.I.?”

Mayweather responded by asking back, “What about the b–tch? I was f—ing his b–tch.”

After the report hit, Mayweather claims his words were misread the audio claiming he was actually saying,” he thinks I was…,” in other words, saying that T.I. thinks he was sleeping with Tiny.

Listen to the audio and see what you hear.