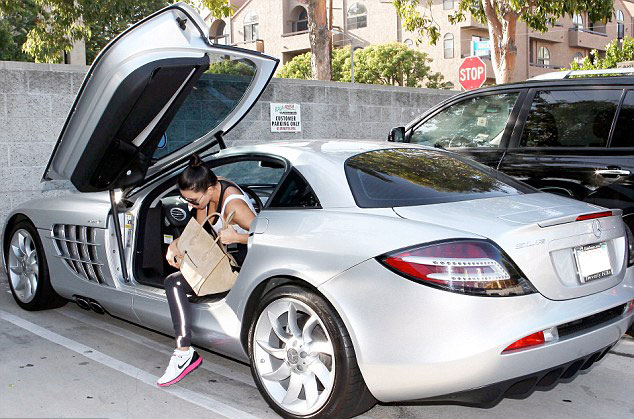 Lending Kim Kardashian his $500,000 Mercedes SLR McLare says a lot about their relationship because reportedly the rapper keeps the expensive automobile locked away in his Los Angeles residence, except for when he use to be spotted out with ex-girlfriend Amber Rose, now dating and reportedly engaged to rapper Wiz Khalifa, who Kanye recently paid respect to in his new song.

Still, according to DailyMail, Kim Kardashian was spotted rolling up at Barry’s Bootcamp fitness class and later at Mexican restaurant, Baja Fresh.

Kim reportedly owns a Range Rover, a Ferrari, a Bentley and a Rolls Royce Ghost, so she’s not short on rides, so what’s up with riding the Mercedes McLaren.

As reported on MemphisRap.com, the believed to be couple was spotted not too long ago getting out of the ride when Kanye West’s pants fell down as if they were not fastened good enough. See those photos here.