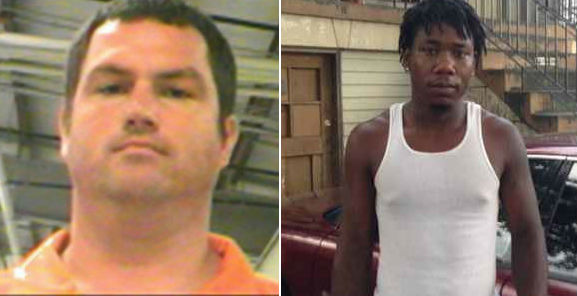 In the midst of the George Zimmerman verdict in the shooting of Trayvon Martin, the city of New Orleans may have its own Zimmerman-like story now as Merritt Landry, a 33 year old white male is accused of shooting an unarmed New Orleans teen, Marshall Coulter, a 14 year old black male in the head after believing the boy was about to rob his home.

The story of the man named Merritt Landry is similar to Zimmerman’s story in some ways, people can argue, as this was an older man who was suspicious of another teen he believed was up to criminal activity and he too confronted the teen (with deadly force) and there is little evidence except the now one side of the story and short video clips (provided by a neighbor) that reportedly don’t show much to go off of.

According to the story, Coulter, who is now in considerable danger of suffering from brain damage from the gunshot to his head, was near Landry’s vehicle, which was in the driveway, when he was shot.

According to neighbors, Landry believed Coulter was an intruder at the time that he shot him, because a teen who was with Coulter can be seen on camera allegedly jumping the gate that surrounded Landry’s yard and home, where Landry’s pregnant wife and daughter were inside with him at the time.

Relatives of the teen have acknowledged his history of arrests for stealing, but say Coulter has never used a gun, which police have confirmed that Coulter indeed was unarmed at the time when he was shot and posed no apparent imminent threat.

Meanwhile, Merritt Landry, a New Orleans city worker, has been charged with attempted murder and is currently out of jail after posting a $100,000 bond following his arrest.

Marshall Coulter, however, still remains in critical condition at an area hospital.