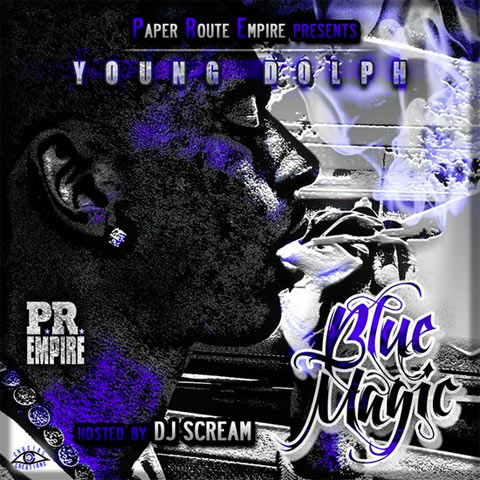 Blue Magic features production from DJ Squeeky (@djsqueeky), Drumma Boy, Young Neiman, amongst others with appearances from the likes of 8Ball and MJG, Future, Gucci Mane and Paul Wall.

The new mixtape starts off with the track “Just Landed” which features a snippet of Denzel Washington as Frank Lucas from the movie “American Gangster” speaking on “Blue Magic.” Washington speaks on “Blue Magic” being a brand name and leads in to the track.

Considered the hottest in the street by Paper Route Empire CEO and rapper Young Dolph, the mixtape also features a remix of his hot street song “A Plus” featuring Gucci Mane.

Throughout the mixtape, Young Dolph talks on Dolph’s world, his love for Mary Jane and making things happen for himself.

Closing out the mixtape, Young Dolph ends “Blue Magic” with “My Real Life” featuring yet again Denzel Washington as Frank Lucas and Gucci Mane on the Drumma Boy produced track. Young Dolph talks about rolling the dice on his “real life” as he shouts out the likes of Bun B and Pimp C and discloses his mother being from the Chi and father from Memphis.

Check out Young Dolph in his latest mixtape “Blue Magic” below. 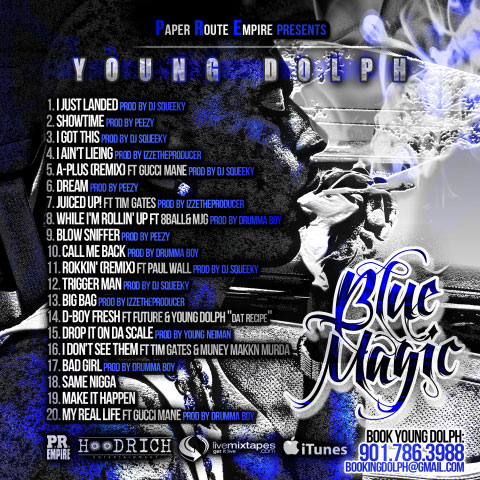