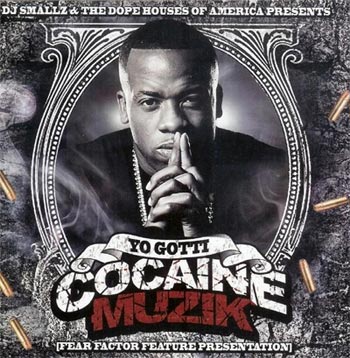 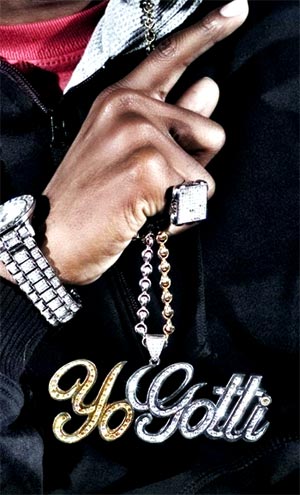 It has been said that we are all a product of our environment. On a brutal hot summer day on the cross section of Watkins and Brown in North Memphis, young Mario Mims aka Lil’ Yo wakes up from an uncomfortable sleep inundated by the harsh reality of his poverty stricken environment and hopeless disposition. Instantly he thinks of going into the kitchen to see what there was cooked to eat but remembers that his Mom has not been home for weeks due to hiding from the repo man. Lil’ Yo then retrieves some food stamps from the top dresser, in his room, along with the hefty eightball of crack cocaine that holds to be his only investment of making any money during the endless days of hard times that he and his family were enduring.

Lil’ Yo lived in the streets and looked to the streets to generate cash flow. As a 5th grader his teacher would tell him to never be a slave, get your money and stay out of a cage. He was from an area where robbery and stealing were the norm and the dope boys served their own mothers, but not Lil’ Yo, he was raised a family oriented youngster. Although in poverty stricken conditions, his family often banded together and did the best they could to help each other survive. He came from a family of hustlers. Nevertheless, it was the dope connoisseurs, pimps and gangsters who he was exposed to and looked up to as mentors. They were the only role models that Lil’ Yo could emulate. He had dreams of being a rapper, but viewed rapping as being out of reach or unrealistic. Lil’ Yo was the type of school student that was quiet and never went out to play during recess. Instead he stayed inside to figure out ways to get paid so that he could afford the new Air Jordans. There were times in school where he would participate in free-style flow sessions or ciphers in the cafeteria with his classmates creating a buzz like no other throughout his school and neighborhood with his rapping ability, to a point where his classmates and friends would volunteer him in a talent show and the local disc jockey (DJ Sound) would put Lil’ Yo on a mix-tape and from there cult following neighborhood classics were born, such as “Ridgecrest Killers” and other tapes such as “DJ Sound Vol. 9”. This was around the time that Triple Six Mafia had the city tearing the clubs up with radio on lock with their music, Playa Fly had the streets going bananas over his “Funky-town” swag and 8 Ball & MJG lived in Houston but had the ear of Memphis as they represented Orange Mound with their space age pimping. Amidst all of the hype in the neighborhood surrounding Lil’ Yo and his tapes, he did not see any benefit from continuing to showcase his talent in any shows or tapes, so he preferred to do what he knew best to generate money, hustle in the drug game. Coming up in the tough corners, streets, and byways of north Memphis and Frayser (The Bay area – Ridgecrest Apartments), Lil’ Yo learned the values of hard work and beating the odds as the underdog by any means. He and his crew hustled sun up to sun down. In the sixth grade, he was busted for crack at Grandview Heights Elementary school and was the front page feature on the local Memphis newspaper “the Commercial Appeal.” Even though the highly respected local Memphis Newspaper in which the entire mid-south looked to garner their valid news, almost ruined he and his family’s name, he continued on his path for riches. He ran through Ridgecrest apartments and Garland street with his crew equipped with dreams of making it big one day. By the 10th grade at Trezvant High School, he was rolling high on big blade shiny chrome rims and had conquered his street craft. By age 17 he was making hundreds of thousands of dollars and was known to tote an AK which was nearly bigger than his own body mass, he felt on top of the world. Nevertheless, the ruggedness and the unpredictability of the street game soon brought Lil’ Yo back to reality and he realized that he could not sell dope forever. He felt that he had a more potent product that would keep the streets addicted… his music.