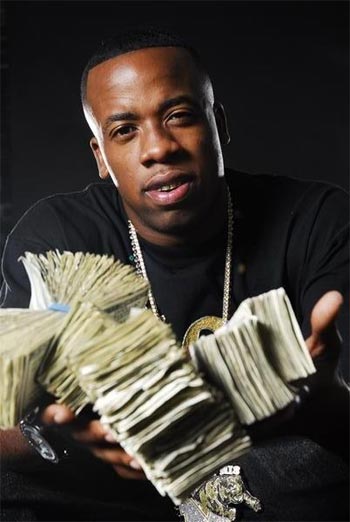 Gotti went on to release compilation albums with the 2004 release of “Yo Gotti presents: The Blackout Squad” and the 2005 release of “Yo Gotti presents: The Blackout Squad vol. 2” with features of Memphis rappers such as Mista Ian, Al Kapone, Gangsta Blac, Gangsta Boo, La Chat, DJ Squeeky, Lutinent G, Criminal Manne and others. Through occasional mix-tape appearances, guest features, and additional playful ping-pong dis songs against fellow Memphis rapper Mac-E, Gotti seemed to be on top of the world with all of the hype surrounding him and his connection to the hottest record label in the southern rap arena in Cash Money Records along with the excitement of his most anticipated album. Gotti was making songs and making lots of money. His “Full Time” song was chosen to be included in a scene on the Oscar winning Memphis rap movie “Hustle & Flow” in which fellow Memphis rappers Al Kapone and Three Six Mafia had a huge hand in producing. By this time the streets of Memphis were licking their chops in anticipation for Gotti’s next album “Back 2 da Basics.” Gotti knew that his album was so much in demand, while the release date was nearing, but not soon enough, he decided to give his fans a preview of what was to come by releasing a new mix-tape strictly for the streets. He released “Full Time Grind mix-tape vol. 1, the Back 2 da Basics coming soon edition” which included a Three Six Mafia diss such as his “Streetz Know” song which singled out then Three Six Mafia member Crunchy Black.

With all the glory and praise, Gotti saw hate coming from up and coming local artists. By this point Gotti had finally sewn up his own wattage on the airwaves and branded himself on a radio station of his own on the Memphis airwaves, the new Citadel owned Power 99. Power 99 was the new kid on the block on the radio hip hop airwaves of Memphis. There was K97 which remained main-stream through hot concerts and events, and Hot 107 which kept pumping exclusives from superstar Memphis rap group Three six Mafia. In comparison, Power 99 was known as Yo Gotti’s choice station. He had his own handpicked Power 99 mix master DJ, DJ E Feezy which was also his official tour DJ, as well as songs in rotation such as “Shawty” and his “Gangsta Party” cut which featured rap legends such as 8 Ball and Bun B which were both on his highly anticipated upcoming album “Back to the Basics.” Even with Gotti’s grip on Power 99, he still found differences with one of the jocks on the station. DJ Freddy Hydro padlocked the Memphis nights with his unadulterated street D-boy flair with bold segments such as “Kiss My A-s Mondays” and “99 cent Friday” club nights. Yo Gotti had the streets’ ear on the music side and the one DJ in “Freddy Hydro” had the streets’ ear on the radio side, they came to a clash of the titans when Hydro aired an interview of Memphis rapper “Miscellaneous” dissing Yo Gotti. This diss eventually led to a physical altercation between Gotti and Hydro while Gotti expressed his dislike of being dissed on his self-proclaimed choice flanker station (Power 99) in which he branded in the streets as his station. The altercation cost a number of Yo Gotti’s records to be snatched from rotation on numerous radio stations throughout the country due to the politics of Hydro’s record pools which were the Ripp Squad DJ’s, Hittmenn DJ’s, and the Core DJ’s. This was seen as bad business as his album was set to release, but yet Gotti’s music became more influential than ever. Gotti also found other coalitions in other DJ’s, one in particular was Hot 107’s infamous DJ Lil’ Larry. Within the latter part of January in 2006, Memphis rap legend and Three Six Mafia’s/Hypnotize Minds’ Project Pat was released from prison and a huge star studded coming home party was thrown for him at the Plush Club on Beale Street in downtown Memphis. There Lil’ Larry who DJ’d the event, was accused of disrupting the party by playing a Yo Gotti song that heavily dissed Three Six Mafia. The song infuriated Crunchy Black who allegedly took matters into his own hands and bombarded DJ Lil’ Larry with threatening phone calls following the party that led to Crunchy Black shooting 15 bullets into the Hot 107 radio station while DJ Lil’ Larry was on the air during his night shift. Also, in response to Gotti’s Three Six diss song “Streetz know”, Crunchy Black released a series of Youtube videos aimed at Yo Gotti dissing him while showing his goons with automatic street illegal weapons. When all the smoke cleared, DJ Lil’ Larry was fired from Hot 107 and Crunchy Black ended up leaving Three Six Mafia with claims of unfulfilled promises for solo projects and unfair payment. Many blamed Crunchy Black’s extreme retaliations to be the reason why the rapper started to get a cold shoulder from other members of Three Six. After all the drama surrounding Yo Gotti directly or indirectly, when his fifth solo album “Back 2 da Basics” dropped, Memphis rushed to the stores to buy it making the album Yo Gotti’s best seller to date.