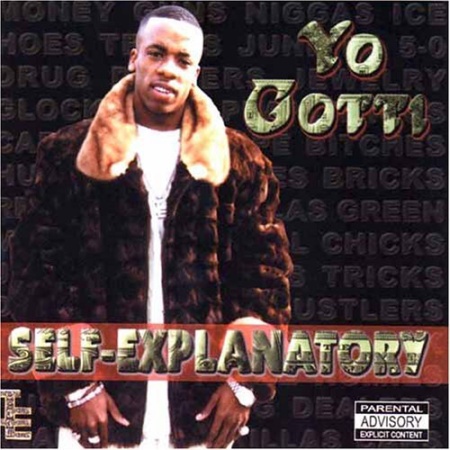 Lil’ Yo became very serious about rapping. He honed his skills and developed his style which was like no other. He became a hood star with various independent releases in which he carved his name in the imprint of Memphis rap as Yo Gotti. He and his childhood friend Grip developed Inevitable Entertainment also known as “I & E”. From his listed influences of Triple 6 Mafia, Al Kapone, Gangsta Black, and Kingpin Skinny Pimp, Gotti released his own underground tape called “Youngster on the come up” using his entrepreneurial spirit along with Grip, he placed the album on consignment at local Mom & Pop record shops which are prevalent in Memphis. With his independent record deal in motion along with him hustling his own tapes out the trunk of his car, regardless of having no single song playing on the radio, Gotti saw his tapes sell like hotcakes making him the hottest rapper in the Memphis streets at the time. Amongst a brief collegiate career at Southwest Community College in Memphis, 2000 was the year when he released “From the Dope Game to the Rap Game” where he saw his album sell so well within the underground arena that the local based independent distributor Select-O-Hits signed him to a small deal which allowed Yo Gotti to double his fan base without major promotions and yet no radio airplay. Nevertheless, the buzz from the album allowed him to be featured on the cover of “Murderdog Magazine” alongside Memphis rap legends Al Kapone and Kingpin Skinny Pimp as well as having his album voted by the publication as one of the best albums of the year. 2001 brought the release of “Self Explanatory” where he continued to give the streets what they wanted and needed but yet received no love from the often dubbed “shady” radio industry. After many attempts to get his records played on the radio, DJs often turned him down. It was not until DJ Howard Q broke Gotti’s hottest record to that date in the club “If I f--k yo B---h”, from there, all of Memphis was now following Gotti. A year later in 2002, he hooked up with the production team the Rap Hustlaz, which comprised of Memphis rapper/producers Nakia Shine and Jack Frost and then inked a distribution deal with TVT records before dropping the album “Life” selling approximately 50,000 copies with no promotion or video. This was the first album Gotti recorded in a professional studio. Things were looking up for Gotti but yet and still Gotti found it tough to get his records played on the radio stations within Memphis. The local hip-hop stations were Hot 107 and K97, with Hot 107 being the station that Triple Six Mafia (now known as Three Six Mafia) had on lock with their own DJs and repertoire of songs that were often played in normal rotation. Hot 107 was known as the station that introduced all local Memphis rappers by breaking their songs first, but yet Gotti still found himself in a political mêlée even when he was the number one candidate to get rotation on the Memphis station where hip-hop lived. He knew that he could not get the Clear Channel owned K97 to give him airplay because they were the powerhouse station of the city and only played mainstream hip-hop and R&B that were serviced directly from the major labels. He knew that he would have had to have a major deal to be considered for airplay on K97. Throughout receiving little if any support from the radio stations, the fact still remained that the streets still bumped his music day in and day out. When Gotti released his widely heralded song “Shawty”, shockwaves floated throughout the south. The record was so big that it became a hit on radio stations in 20 different states, it also spawned a personal phone call to Gotti from the Birdman himself, Bryan “Baby” Williams of the legendary Cash Money Records out of New Orleans, Louisiana which also houses Lil’ Wayne. The call ended with Gotti receiving a million dollar production deal through Cash Money/Universal.