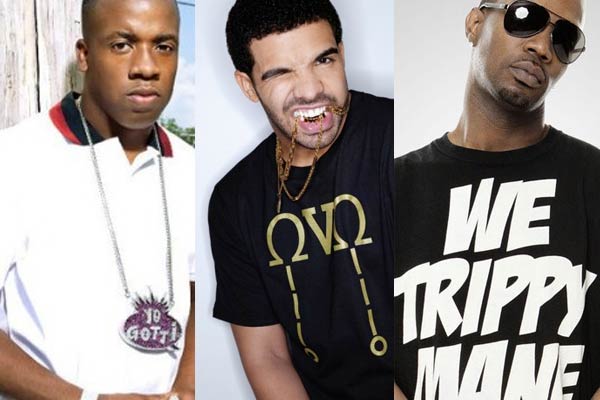 Yo Gotti, Juicy J and Drake all have one thing in common, or ties to it, and it’s Memphis. Now, they also have something else in common, they all were named in XXL’s list of “The Best Albums of 2013.” These three rappers have had a good year and not just with music but also mental growth. However, this is about the impression they have made upon others with their latest music projects.

Rapper Yo Gotti, self-proclaimed King of Memphis, managed to make his way on XXL’s “The Best Albums of 2013” list for his album “I AM” on Epic Records.

Outside of XXL’s editorial list, “I AM” managed to rank in at No. 2 on the Billboard R&B and Hip-Hop album chart.

In addition to Yo Gotti making the list, rapper Juicy J of Three 6 Mafia made his way on XXL’s “The Best Albums of 2013” for his debut solo album “Stay Trippy” on Taylor Gang.

Like Yo Gotti, Juicy J managed to hit the Billboard pulling in at the No. 4 spot on the Billboard 200 while his lead single “Bandz a Make Her Dance” became RIAA certified platinum.

Last but not least, Drake, who released his chart topping album “Nothing Was The Same,” also made the XXL “The Best Albums of 2013” list.

“Nothing Was The Same” debuted at the No. 1 spot on the Billboard 200 and sold more than 658,000 copies during its first week sales of release and has since been certified platinum by the RIAA. Meanwhile, Drake’s song “Started from the Bottom” has been certified double platinum.