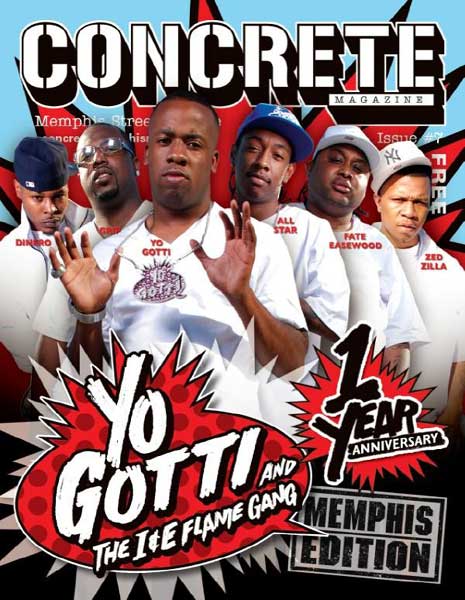 Yo Gotti and The I&E Flame Gang, consisting of CEO Grip, Dinero, All Star, Fate Eastwood, and Zed Zilla, are all featured on the cover of Concrete Magazine Memphis Edition, special Issue #7, the 1 Year Anniversary issue.

In the magazine, Yo Gotti along with CEO of I&E, Grip, plus I&E members All Star, Fate Eastwood, and Zed Zilla have interviews talking about their group and solo efforts.

Yo Gotti reveals in his interview some of the influences that got him into rapping at 14 yrs old such as legendary Memphis rapper Kingpin Skinny Pimp; he also talks about the future of I&E, upcoming music projects, and his new deal with Polo Grounds / J Records.

“..it’s just another stepping stone because we ain’t really accomplished nothing,” Gotti said of his new recording deal with J Records. “You know, they just gave us a lot of money but we been had money so it’s just more money to go on top of the money that we had.” 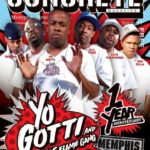