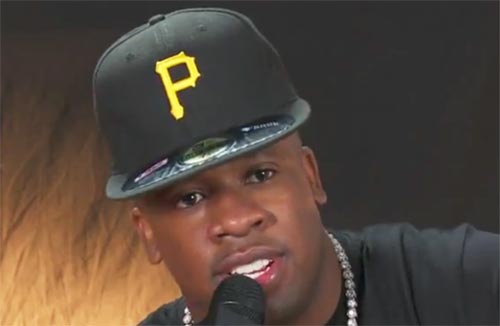 Hip-Hop artist and Memphis rapper Yo Gotti is banned from his own neighborhood Ridgecrest in North Memphis. We’re not making this stuff up, but it’s also probably not what you think, according to the rapper, the police told him he gets everyone too hyped up so it’s no good for him to shoot videos in the area.

“I’m kinda like banned from the neighborhood through the police, they don’t want me over there. They said when I’m in that area it’s too hyper, som like that. They be tripping,” Yo Gotti said in an interview with FUSE TV.

In his interview, rapper Yo Gotti told host Yasmine Richard that he would love to shoot videos in his hometown neighborhood, but he wants to shoot them without sneaking to do it.

Yo Gotti, also spoke about the CMG movement with Zedzilla and his clothing line he launched which Gotti says is in a few stores.

“We getting good response from that. A lot of people are supporting it.”

In other news, Yo Gotti is currently on his 28 city “Road To Riches” tour in the U.S. which has New Orleans, LA @ House Of Blues as the last stop on June 6, 2012. Other cities Yo Gotti will be stopping through before New Orleans include Denver, Sacramento, Oakland, Albuquerque, Dallas, amongst others.