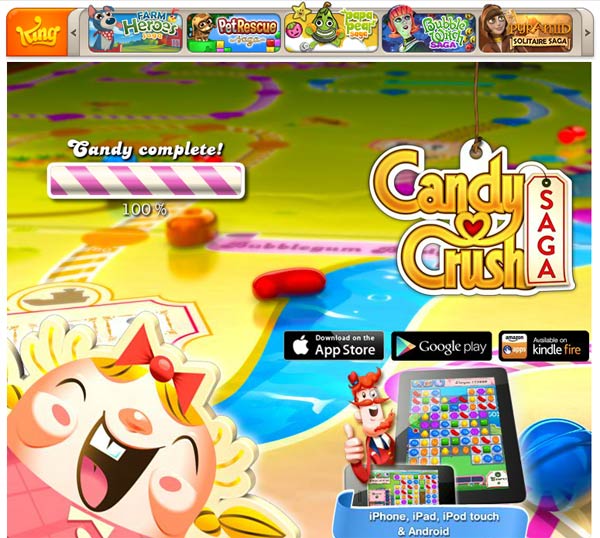 Every year there are new games and every year there are games that stand out amongst the others, now in the day and age of the Internet, digital downloads, smartphones and apps, the new “King of Games” is gaming company King’s Candy Crush Saga, which launched in November of 2012 and has been announced as Apple’s number 1 most downloaded application of 2013.

Yes, the year 2013 is the year of Candy Crush Saga and according to King’s co-founder Sebastian Knutsson, it’s not going anywhere soon.

The co-founder of the King says that Candy Crush can stay on top with frequent updates which they plan to add every two to three weeks allowing gamers to play the saga over in a whole new way each time.

Many players are trying to reach the highest level possible, so it’s not a surprise that users would seek out tips, cheats and tricks for Candy Crush Saga.