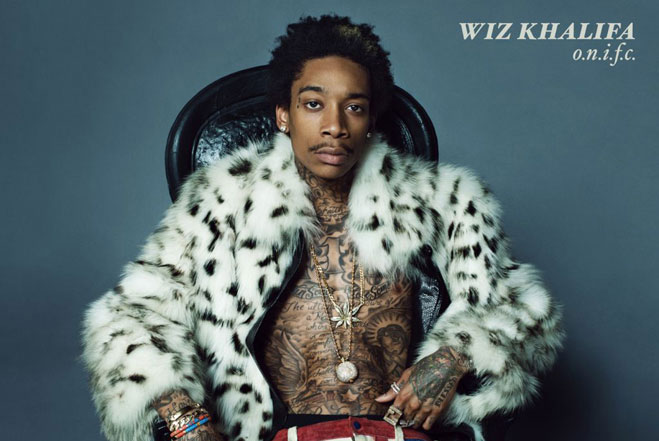 As rapper Wiz Khalifa is out grinding, working his 2050 Tour with fellow Taylor Gang label mates Juicy J, first lady Lola Monroe and the rest, the soon-to-be, first-time father is likely happy to hear that his sophomore album under Atlantic, O.N.I.F.C., is doing well.

Wiz Khalifa’s “O.N.I.F.C” pulled in album sales this week of 141,000 copies sold, according to Nielsen Scan.

Debuting at No. 2 on Billboard’s 200 albums chart this week, falling short only to country/pop singer Taylor Swift whose album “Red” sits at No. 1 with 167,000 copies sold, Wiz Khalifa can ‘fire up another one’ knowing the album is doing well.

This is good news to add to the good news of his closer and closer birth of his first child, as the 25 year old rapper recently revealed that he and his sexy fiance Amber Rose had a past miscarriage, which they kept the lid on until now, as reported on MemphisRap.com.

On top of a successful tour, successful album release and new baby on the way, Wiz Khalifa also has to look forward to getting married to his beautiful fiancee as the hip hop couple, Wiz and Amber, who is in the third trimester of her pregnancy, are expected to be getting married shortly around the birth of their new child; hopefully before, according to reports.

Thankfully, instead of losing focus with so much going on, Wiz Khalifa says preparing to become a father and husband has helped his music by putting him in a more mature musical state of mind.