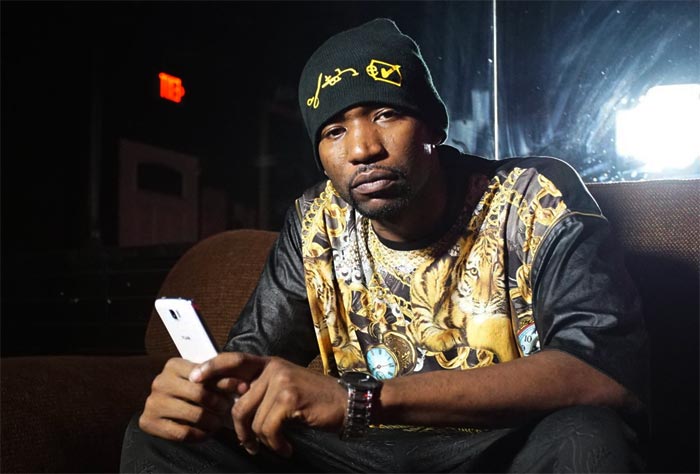 MEMPHIS, TN, May 13, 2015 – Memphis rap artist Donald Ray Askew Jr., also known as Teflon Don, has fought hard for his name. You may have heard of the name “Teflon” when it was trademarked and made famous by DuPont in 1945.

Infamous mobster John Gotti got his nickname “Teflon Don” by beating criminal charges in the 1980s, meaning the charges didn’t stick like the ingredient “Teflon” found in DuPont’s product. As a cook in the military, Donald Ray Askew Jr., who was going by the rap name “Don” at the time, needed a cool name. His military buddies called him “Teflon Don” because he would use pots and pans to rap and make beats. In 2002, Teflon Don, the rap artist from Memphis was established. While in the military and still performing under that name, in 2006 Teflon Don established his independent record label Soul Star Entertainment. In 2007, he recorded a song entitled, “I Represent”, which was hosted by celebrity DJ Khaled and released by Coast to Coast Mixtapes. After paying to process a trademark for the word mark “Teflon Don”, he received opposition by DuPont in Trademark Trial and Appeal court. Here is the statement made by DuPont in regards to granted usage of the name “Teflon Don”:

In 2011 Rick Ross released an album entitled “Teflon Don”, which infringed upon Teflon Don’s rights. Why is this such a big deal? DJ Khaled became the President of Def Jam South in 2009 and began to promote an album entitled “Teflon Don”, knowing that there was an artist that he had work with who has that name. This is the same year that Memphis Rapper Teflon Don received national attention for his M.E.M.P.H.I.S Grizzlies song and the Remix, a theme song that was utilized by the NBA, resulting in another issue receiving payments from BMI for television royalties. The U.S. P.T.O gave Teflon Don the trademark on April 9, 2013 but revoked it, after stating that it was an accident that it was initially granted. In 2015, he finally received a portion of the monies due for his original songs from the BMI situation. Moving forward, he is now working with Grammy nominated and multiplatinum producers Carlos Broady and Kurt “K.C.” Clayton to stamp his name in the music industry.