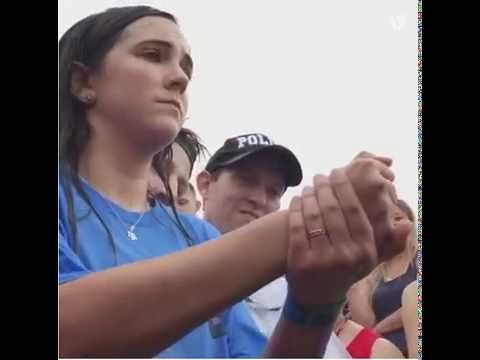 This young girl who was attending the Chilifest Cook Off during the “Texas Country Music Festival” at Texas A&M should have been apprehended for underage drinking many believe, but what happened will leave you questioning what if this was an underage black girl caught drinking.

What would have happened?

Cops challenged her to a game of “Rock, Paper and Scissors” and apparently if she won she could go freely.

As seen in the video, the crowd is shocked and cheering as she pounds her hand winning the challenge as the cops walk off leaving the reported underage drinker free from punishment.

The cops’ who belong to the Rogers Police Department and Cameron Police Department, reportedly have now been identified after the video and story began circulating and allegedly it is being handled as an internal investigation.