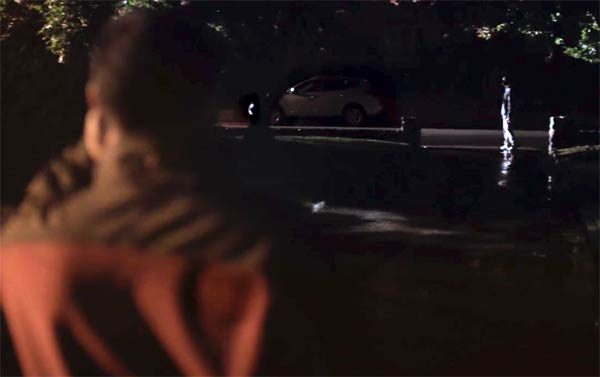 A new video has surfaced online showing a chilling reenactment of the Trayvon Martin shooting by neighborhood watchman George Zimmerman.

In the chilling video, a person portraying Trayvon Martin with a hoodie is seen walking in the dim lit community at night as he is talking on the phone.

Suddenly a shadowing figure of a man appears in the distance seemingly stalking the teenager. The video then goes inside the home of neighbors who hear screaming outside as though someone is yelling for help. A gunshot fires!

The neighbor is seen peeping through the blinds out the window as the noise builds outside.

As the gunshot fires, a deadly silence follows.

The reenactment of Trayvon’s death in the video is leaving people on the Internet asking what would have happened if the George Zimmerman jury would have seen it.

“Stand Up to ‘Stand Your Ground'” PSA

PSA from the Coalition to Stop Gun Violence urging Americans to “Stand up to ‘Stand Your Ground'” laws in 26 states across the country. Visit http://www.csgv.org/standup to sign a petition to your state legislators calling on them to oppose “Stand Your Ground” laws.