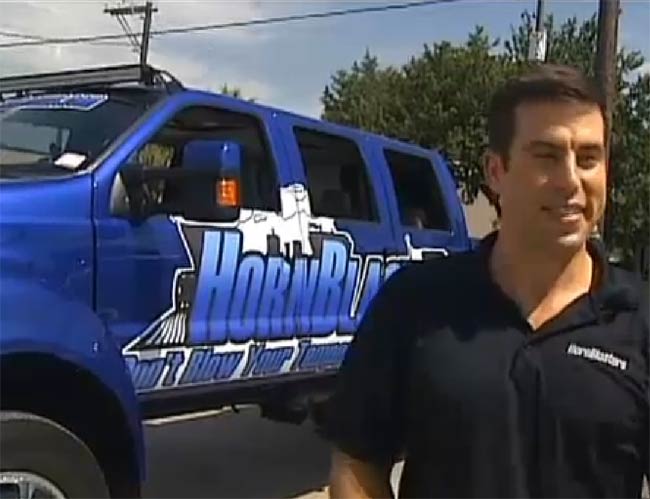 What the police did to this man’s vehicle while he was inside at a Juicy J concert will leave you shocked and possibly appalled at what the cops claim they can do.

Matthew Heller, a business owner, was shocked when he returned to his truck while preparing to leave a venue he was parked outside of during a Juicy J concert.

When Heller got to his vehicle, a giant blue promotional-wrapped truck which stands about three feet off the ground, he thought his vehicle had been broken into by thieves because it was ransacked; that was until Heller found a note left for him about his car and why it was in that condition.

The note was handwritten from the Tampa Police Department.

The note basically said, ‘Dear Sir, we did a search and seizure for marijuana on your car because we smelled an odor coming from the passenger side of the vehicle,’ adding that if he had any questions to give them a call.