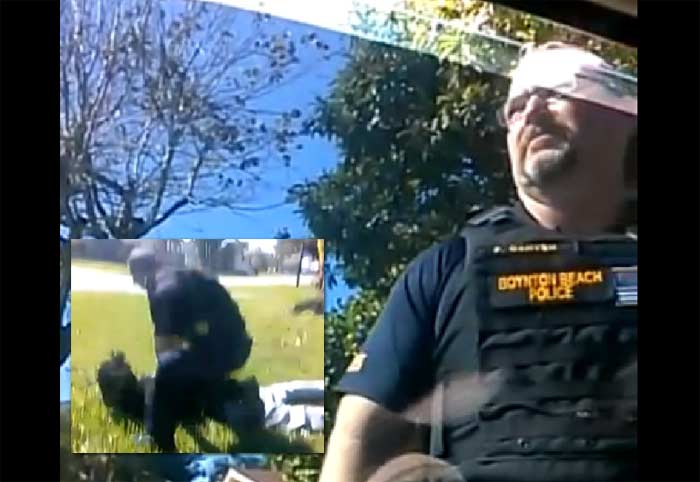 A video which surfaced on YouTube of an arrest by Boynton Beach police officers in Florida has gone viral and is raising questions on social media.

On the film, which is captured on video by one of the passengers in the vehicle on their cellphone, it shows the police stopping the men during a traffic stop and questioning them.

An officer can be heard asking the driver for their ID along with all the passengers.

One of the men can be heard asking the police officer why does he need his ID because he is not driving.

At some point, one of the young men alerted the police that they are filming at which time another officer walks into the scene and apparently slaps one of the phone cameras that was recording as they questioned him for his badge number and name.

At this point, an officer man-handles the driver down to the ground while another officer points his gun into the vehicle with the threat, “I’ll put a round in your a-s so quick.”

Many are questioning was the actions of the officers legal.

Watch the video, see for yourself.