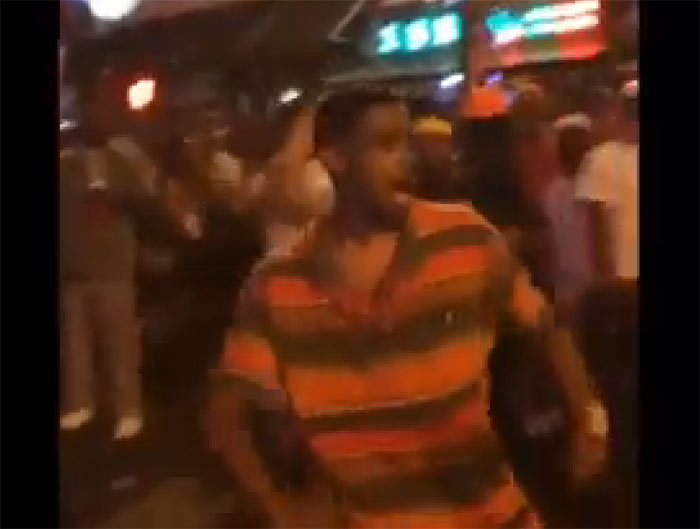 More footage from a video showing a man unconscious in a pool of his on blood on Beale Street has surfaced revealing more details on what happened.

Jonathan Parker, the man that has now been identified as the man believed to have been beaten unconscious on Beale Street is seen in new footage which surfaced over social media.

In the new footage, Parker can be seen looking as if he was posing in a threatening manner or he was horse playing around at a girl when suddenly a man is seen attacking him by smashing him with a bottle over his head.

It doesn’t really look like Parker was really trying to fight, but still someone smashed a bottle over Jonathan Parker’s head unawarely.

Parker was knocked out instantly unto the concrete pavement as onlookers gawked at him and took photos and videos, as reported on MemphisRap.com, seen in another video.

Parker, who laid in the street for an estimated 5 to 20 minutes in a pool of his own blood, was later taken to the hospital where he was treated for cuts, bruises over his body and a fractured skull.

Parker spoke out about the incident after the video surfaced shocked at why no one helped.