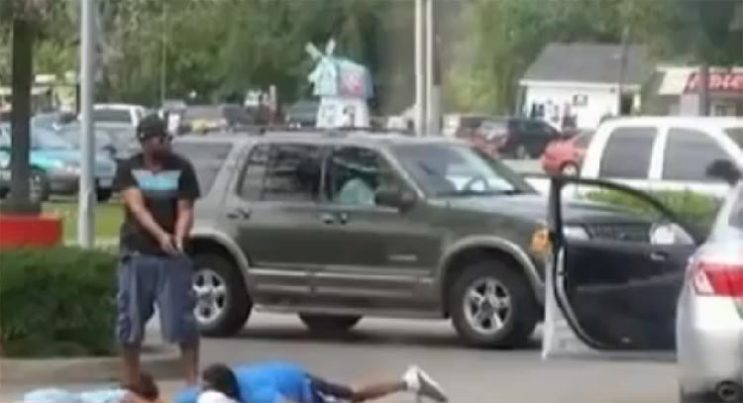 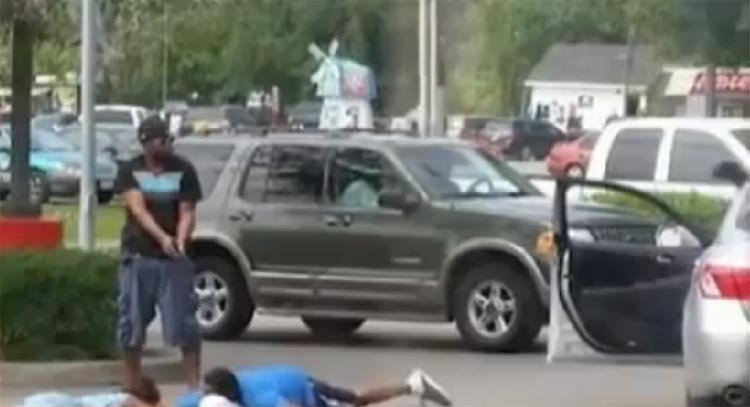 A young Houston woman has an unknown good Samaritan to thank for saving her from a robbery by two would-be purse snatchers who would have maybe gotten away if it wasn’t for this unidentified hero.

In an incident that was caught on video surveillance camera, a vehicle can be seen backing out of a parking lot space dragging a woman who is holding on to her purse through the vehicle’s window.

As seen in the video, another car is pulling out of a parking space behind the crime taking place and, what happened next, has become history.

An unidentified good Samaritan with a firearm jumps out of his vehicle and runs to the aid of the victim being robbed.

With his firearm, he makes the two robbers (a man and a woman) get out of the vehicle and holds them on the ground at gunpoint until the police arrives.

After the police arrive, the unidentified man is said to have simply bought some candy for his kids and then drove away.

Now everyone wonders who this good Samaritan is.