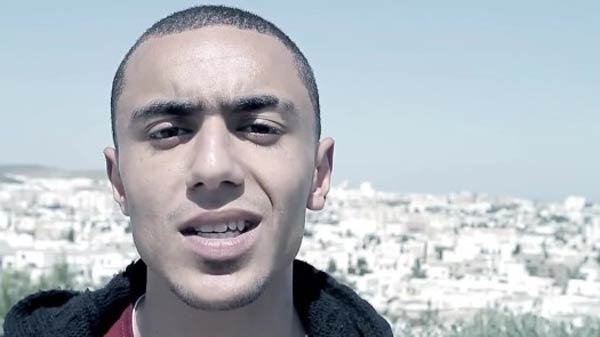 Two Tunisian rappers, Weld El 15, real name Ala Yaacoubi, and Klay BBJ, real name Ahmed Ben Ahmed, have been sentenced to 21 months in prison after a court in Tunisia of Africa convicted them of “insulting” police officials.

The new ruling has been criticized as a new attack on freedom of expression in Tunisia, a country deemed for decades as a brutal police state, even after the 2011 ousting of the country’s longtime dictator Zine El Abidine Ben Ali.

The two rappers’ lawyer Gahzi Mrabet, who criticized the ruling as a new attack on freedom, claims his clients did not even have a chance to challenge the ruling because they had no knowledge of the trial that was held on August 29.

Including the allegations that the rappers were sentenced without knowing, Mrabet also claims one of the rappers Weld El XV aka Weld El 15, was also violently beaten when he was arrested after their August 22nd concert in the town of Hammamet where they were begged by fans to perform Weld El 15’s notorious song “Boulicia Kleb,” which stands for “Police Are Dogs.”

The rappers did not perform “Boulicia Kleb,” however allegedly rapped some other lyrics critical of the police.

Before this new ruling and allegations, rapper Weld El XV had previously been sentenced back in June to two years in prison for the song “Boulicia Kleb.” After harsh criticism, the rapper’s sentence was suspended by the judge after serving six weeks.

Reportedly both the rappers are in hiding according to their lawyer while they seek justice for their “violation of freedom of expression.”