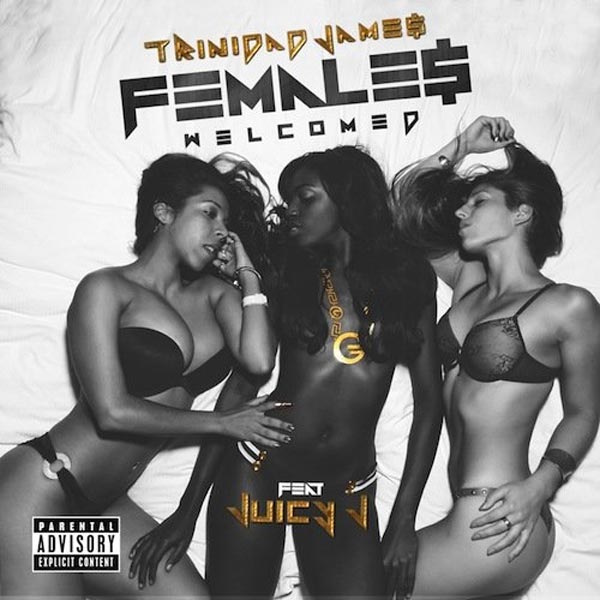 Trinidadian-born Atlanta rapper, Trinidad James, brought you “All Gold Everything,” now he has hooked up with Memphis rap veteran Juicy J for a remix of his latest single “Females Welcomed” from off his mixtape Don’t Be S.A.F.E.

The song “Females Welcomed (remix)” goes far beyond saying come on in and thank you with a smile. In fact, “Females Welcomed” hook speaks on Trinidad James’ main chick not feeling him anymore so he turns his side chick into his main girl.

Following the hook, Trinidad James lyrics dives into saying that love is overrated as Juicy J later comes in with his infamous “yeah h*e” chant in the back as he raps his verse.

In other news, Juicy J is expected to release his anticipated Stay Trippy come July 2, as reported on MemphisRap.com. Rap artist Trinidad is currently on tour and is expected to be releasing a project later this year.