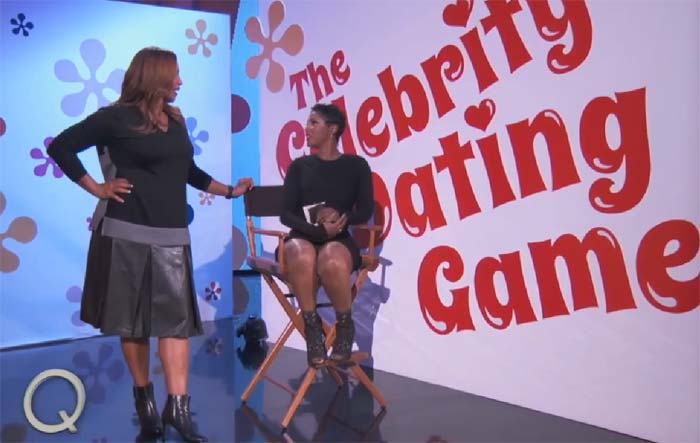 The sexy alto singer, who wore a black short long-sleeve stretch dress and open toe high heel ankle boots, was all giggles and in high spirits as she situated her thighs a couple of times on the show. Toni was possibly mentally noting to keep her knees tight while the audience looked on, which included her sister Towanda Braxton.

The short dress barely kept Toni Braxton’s goodies covered. We can’t say the same about some other celebs who like to expose their woo-ha and other body parts all the time.

After Queen Latifah asked Toni a few questions, she was introduced to all the lucky bachelors on the other side of a divider which prevented her from seeing the three guys who she got a chance to ask dating questions.

Check out the video of Toni Braxton and find out what questions she asked and what the bachelors’ answers were.

Want to know who Toni Braxton chose as her date on “The Celebrity Dating Game” on The Queen Latifah Show, watch the video.