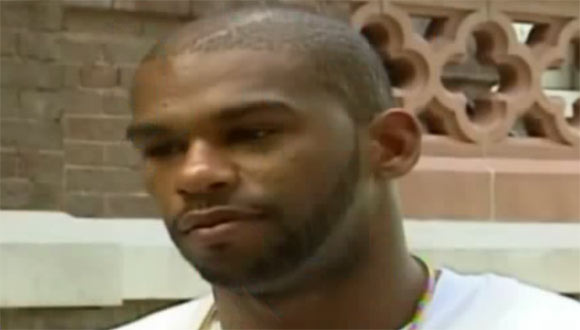 Desmond Hatchett, 33, of Knoxville, Tennessee is the father of 30 kids by 11 mothers and was in court on last week begging the state to help him pay child support.

According to WREG, Desmond Hatchett only has a minimum wage job which the state takes half of his paycheck. Many of his baby mamas receive as little as $1.49 per month and are demanding support.

As to how he ended up with 30 kids ranging from toddler age to 14 years old, Hatchett states it first started when he had four kids in the same year, not once, but twice.

And what’s funny, Desmond Hatchett had been in court for his large number of children back in 2009, when he had 21 kids at that time. So it seems that Hatchett didn’t take a queue from the last visit at the court house and added 9 more kids to his list of children.

From the looks of it, sounds like Desmond Hatchett may need to grab a few jobs or opt for some protection or birth control (both him and the woman) in the future or look into a vasectomy.

As for the state doing something about Desmond Hatchett continuing to have children, it is stated there is nothing they can do since he hasn’t broken any laws.

How do you feel about Desmond Hatchett having so many kids and what do you think should be done for those who seek help from the state but continue their same practices?