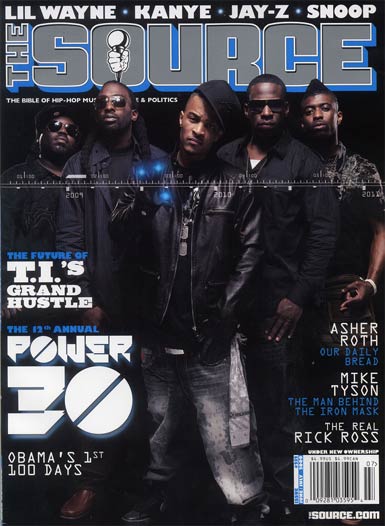 The Source Power 30 issue is here and it features T.I and members of Grand Hustle or should we say “Grand Muscle,” talking about Memphis’ own 8Ball and MJG, recently confirmed artists on the Grand Hustle roster.

Speaking with T.I. just days before he turned himself in to Forest City Correctional Facility authorities in Arkansas, TIP told Source. “I’ve prepared them in many ways. I have left instructions. I have created opportunities. I have given as much of myself to all of my artists and dedicated time and energies into their projects, just as I would have if I was there.”

The Grand Hustle ‘fam’ landed the cover of the hip hop music magazine’s latest edition: The Source magazine’s 13th Annual Power 30 which represent some of the movers and shakers of the hip hop culture, entertainment and lifestyle including other names such as Jay Z and Will.I.Am of the Black Eyed Peas, whose been in the news for his run-in with celebrity gossip blogger Perez Hilton who claims he was punched in the eye several times during a confrontation with the manager of the Black Eyed Pea, according to HipHopRX.

Will.I.Am Chops It Up With The Source
BEP´s mastermind Will.I.Am talks to The Source about his group´s success and why the Black Eyed Peas are still Hip-Hop.

J.Cole ? The Warm Up
The lyrically gifted North Carolina MC gets blessed with some of the smoothest beats under the sun to give us The Warm Up.

Kobe´s Redemption
After Shaquille O´Neal´s departure in 2004, many doubted whether Kobe Bryant would ever reach the promised land with the Los Angeles Lakers again. Think again.

Eddie and Denzel Get Hangovers
This week major Hollywood players Denzel Washington, Eddie Murphy and John Travolta all fall victim to The Hangover, which retained its number 1 spot at the box office for the second week in a row. 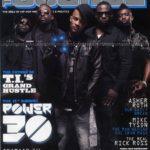