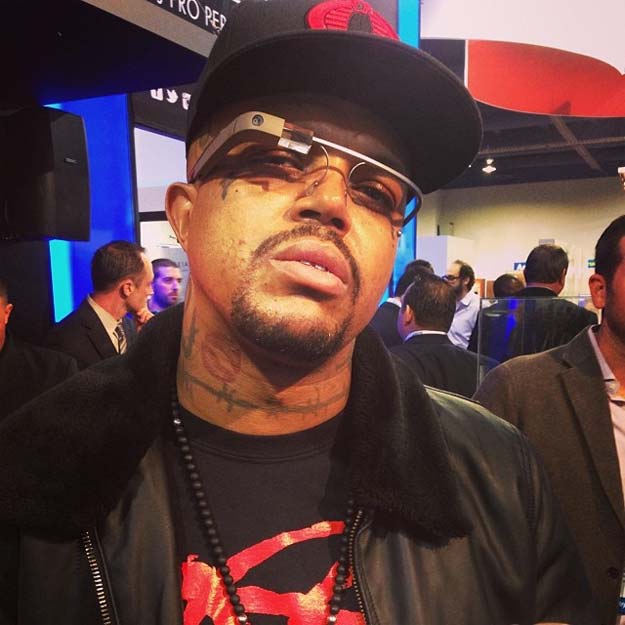 DJ Paul, one of the founding members of Three 6 Mafia, posted the picture of himself wearing the Google Glasses to his Instagram account.

Along with the photo, the Three 6 Mafia n.k.a Da Mafia 6ix CEO posted the photo along with the following caption, “Got the #GoogleGlasses.”

Developed by Google X, who also are engineering such technologies as driverless cars, Google Glass is a wearable computer fully capable of connecting to the Internet, filming video, taking snapshot photos and more, simply from voice commands.

The Google Glass was released to developers in February 2013 and will become available to consumers in a new edition starting somewhere in the price range of $600 to $1500 in 2014, with an estimated arrival of April.

The technical specifications of the Google Glass include the Android 4.4 and higher, 5 megapixel camera capable of 720p video recording, smartphone with bluetooth, Wi-Fi and a touch pad on the side of the Google Glass to swipe through a timeline-like 640×360 pixel display, much like a computer screen but only seen by the user wearing the Glass.

While Paul shares photos on social media such as him wearing the Google Glass, the rapper and label CEO is currently out on promotions with his former Three 6 Mafia groupmates who form the Da Mafia 6ix including Gangsta Boo, Crunchy Black and Koopsta Knicca. Da Mafia 6ix also consisted of the late Lord Infamous who passed in December.