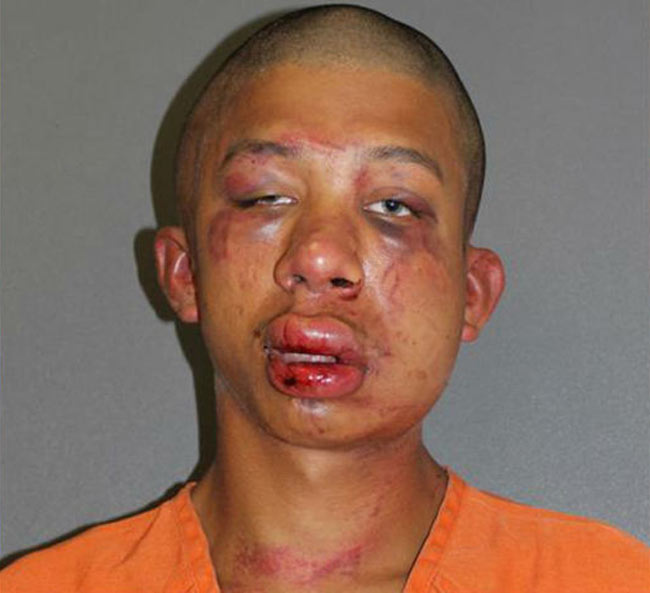 This is what one man looked like after a Florida dad allegedly walked in on him abusing his child.

Raymond Frolander is the man seen in the picture with knots all over his face and head.

Police received a call from a 35 year-old Florida father saying Frolander was on his floor bleeding and knocked out after he caught the grown man allegedly sexual abusing his son.

Neither the father or the son have been identified in the case, for their privacy, but the boy is said to be an 11 year-old who had been playing video games with his friends before Frolander’s alleged assault.

Allegedly, Frolander took the boy to a room in the back of the house and pulled his pants down.

At some point, the father walked in and you see the result.

Frolander has since been arrested and charged with sexual battery and is being held without bail.

The father of the boy has not been charged.