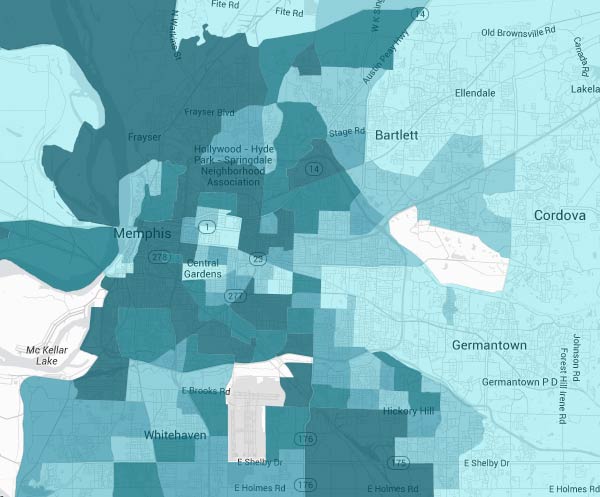 Have you ever wanted to map poverty or see what areas had the poorest number of people and income in your city? Maybe you have or maybe you haven’t. But now you can straight from your geolocation, thanks to New York Times and data from the Census Bureau.

Not just Memphians, but anyone in the United States can view the poorest neighborhoods in your city straight down to the percentage of those below the poverty line and the number living in poverty by hovering over sections.

The initial map shown to you is based on your GPS if you allow it, however you can opt to look at a select list of cities located at the bottom of the “Mapping Poverty in America” ranging from New York, Washington, Boston, Los Angeles, Atlanta, Philadelphia, Denver, Chicago and others.

See what areas are poor in your city by checking out “Mapping Poverty in America.”