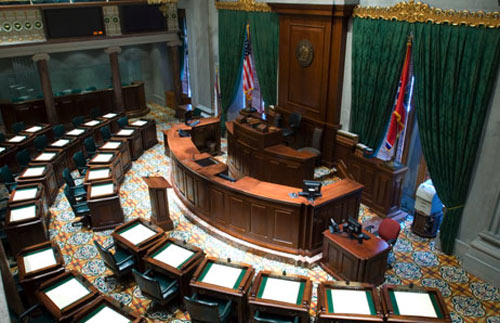 Following the Sandy Hook elementary school massacre which left almost three dozen dead in Newtown, Connecticut, Tennessee is now looking at how to implement a number of measures, which include training and arming school teachers.

In January, Governor Haslam and State Senator Frank Niceley will be looking forward to introducing a bill during the next legislative session in hopes to have secretly armed teachers in classrooms in which the state will pay. The concept will be similar to secretly armed Federal air marshals on planes.

While Governor Haslam and State Senator Frank Niceley hope to arm secret teachers, many believe that it will be better to increase police officers (both uniformed and not in uniform) at schools based on the number of enrolled students much like public events are required to have.

While that is being discussed, come January 8th, State Sen. Frank Niceley will be introducing legislation that all schools be required to have some type of armed staff which can include an armed officer (resource officers) or an armed member of the staff or faculty that has had training.

Frank Niceley says that by having non-uniformed staff at the schools this will give schools who don’t have the funding the opportunity to fulfill the requirement without having to pay for additional things outside of training and weapons.