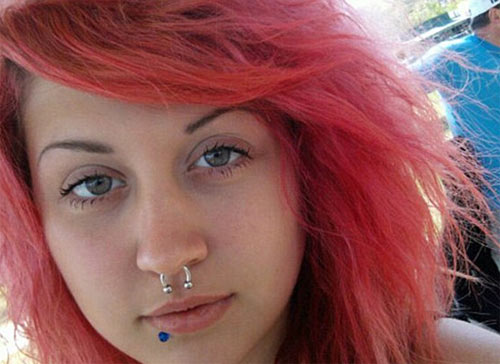 Emily Bauer, a 17 year-old Texas teen, almost died and had to be put into an induced coma after taking synthetic marijuana which was bought from a local gas station. The synthetic marijuana caused the teen to slur her speech, turn violent, psychotic and contract on an onset of massive migraine headaches.

When the story of Emily Bauer was released by KHOU of the young teenager back in January, it was revealed that she had a massive series of strokes after taking the over-the-counter synthetic marijuana.

According to Baurer’s father, he discovered that his daughter had been experimenting brands like Kush and Spice following being hospitalized. The father claims that he knew she had smoked and experimented marijuana before and had told her if she did again that she would be grounded.

Friends who were with Emily Bauer on December 7, 2012 when the event took place, didn’t think it was as serious until she began running into walls, urinating on herself, hallucinating and acting violent which prompted them to call police.

Emily Bauer’s family also didn’t think it was as serious when she was admitted to the hospital and believed that she was simply just high off the drugs that needed to wear-down.

After 24 hours had passed with Baruer in the hospital, it was revealed that something more was going on as she was still being violent, biting at staff and more.

Doctors decided to place Email Baurer into an induced coma to run tests which showed that she had several strokes and severe vasculitis (blood vessels contracting), which resulted in the young teen becoming brain-damaged, unable to feed herself and blind.

Now that months have passed, her parents believe it is a miracle that Emily Bauer, who was taken off a breathing tube and nourishment on December 16, became a fighter and starting pulling through despite doctors saying she wouldn’t probably even recognize anyone, move her arms and legs.

Emily Bauer fortunately has been able to slowly move her arms and legs despite damaging a lot of cells in her brain and has started eating solid foods.

Since the incident, Emily Bauer’s family have started an organization Synthetic Awareness For Emily to warn others on the dangers of the synthetic marijuana.