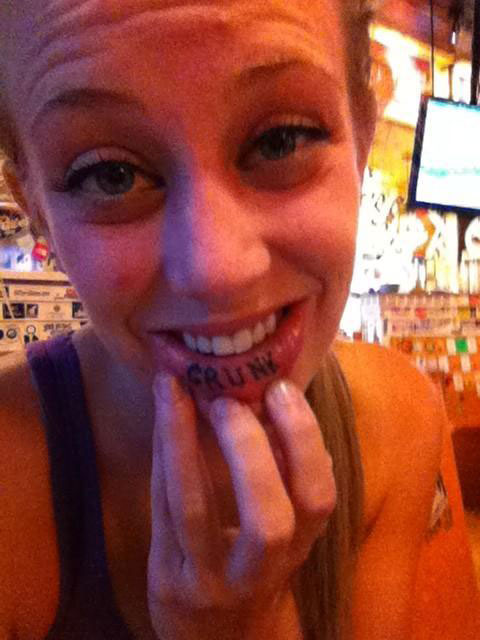 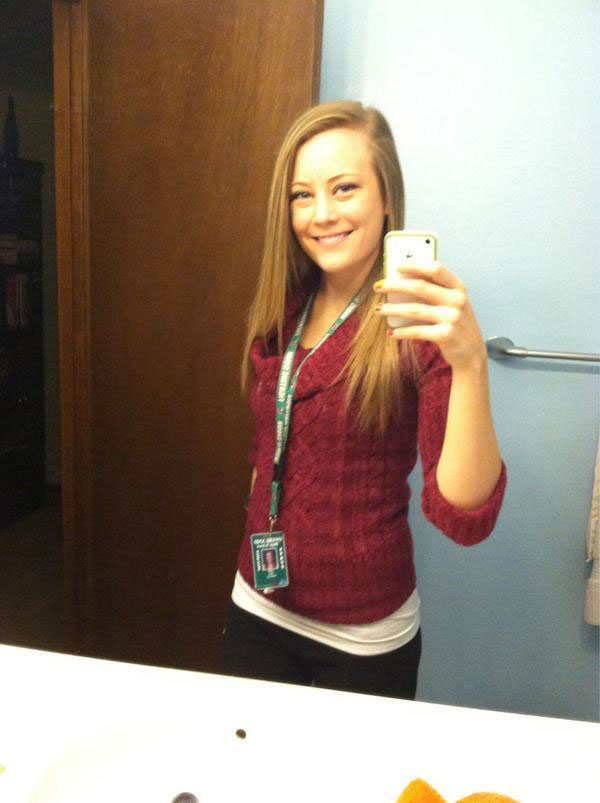 This may not be another teacher sex scandal but it definitely could be considered a teacher sexy scandal as 10th grade math teacher Carly McKinney at Overland High School in Aurora, Colorado, has made news after half naked photos of the teacher posing, twerking and photos of her smoking weed surfaced on her Twitter account, under the handle @Crunk_Bear.

No, this wasn’t by accident or a case of someone hacking into teacher McKinney aka Carly Crunk Bear’s account, the sexy 23-year-old teacher admits she and a friend were posting the tweets.

In one shocking tweet the teacher admits that police were on campus looking for pot when she supposedly had pot in her car parked in the parking lot, something she now denies.

In another tweet the teacher says “can’t wait to roll up after school.”

Although personal use of marijuana is apparently legal in Colorado, the teacher’s racy tweets, which included racy photos, were deemed inappropriate by school admins. So, teacher Carly McKinney has been placed on administrative leave.

What do McKinney’s students think? Well some students have begun a somewhat Twitter petition or support for Carly McKinney labeled #FreeCrunkBear to show their support for their young teacher, claiming they can “relate” to the teacher.

Meanwhile, although the teacher’s old Twitter account was removed, a new Twitter surfaced under the handle @CarlyCrunkBear which has placed even more racy photos and tweets back online.